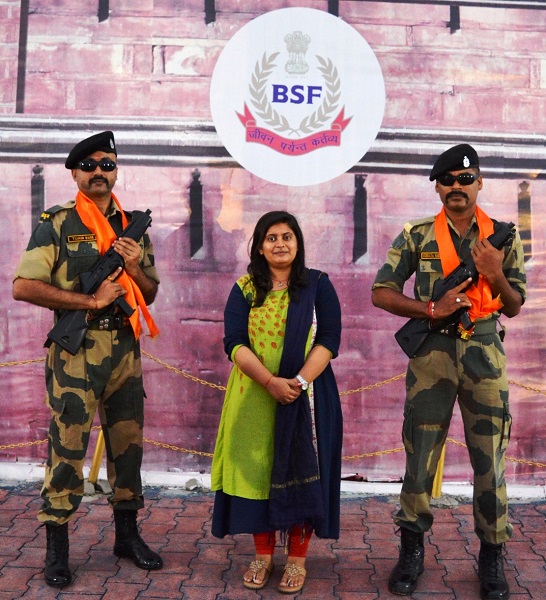 With the outstanding cooperation and voting from 120+ countries (Held between 10-25 February, 2021) The Republic of Women – Beauty on Earth Awards have become The Highest People’s Choice Independent Honour in UN Countries. This makes International Women’s Day-2021 more glorious.

Parvati Jangid Suthar INDIA, United Nations Volunteer Roster Number: 2172478, was elected the 1st president of the Republic of Women (The World’s First Borderless Digital “State” for Women- by Women to Lend a Voice to Millions of Women). Ms Jangid won with 882 Electoral Points.

Positive Expectation, hard work and passion added something great that Parvati became the first president of “The Republic of Women”, the independent digital state of half the population of the globe to Lend a Voice to Millions of Women..

Becoming the winner Parvati expressed her happiness and said that it is my good fortune that I have won this global contest & ROW presidency, this Victory is not only mine, it is for every woman and man who lives with the family to respect their human duty, this victory is for every woman who is keeping the creation makeup of society and the world alive, fighting the enemies with self-respect, becoming an inspiration for others.

I will strongly strive to be the voice of women who are deprived of the oppressed facilities, together with the other members of the council who are working for men, women and women empowerment, I will work together to create a positive atmosphere across the world, to the needy there. There will be a lot of effort to provide necessary cooperation with the local governance of the state. I express my deepest heartfelt gratitude to those who support me in india & abroad. 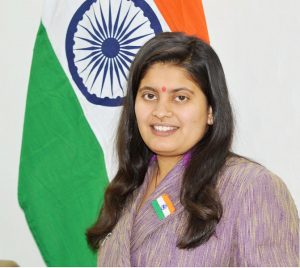 Parvati means the daughter of the great Himalaya Mountain, no wonder then her commitment is as steadfast and lofty as the mountains themselves. Born in Western Rajasthan’s Indo-Pak border areas village Gagariya, Chairperson and President of Youth Parliament of India, Supremely talented Vidya Bharati India alumni Parvati Jangid wears several hats. Inspired by the ilk of Swami Vivekananda and Indian Prime Minister Narendra Modi, Parvati, has pledged her whole life to social service and the cause of the #VasudhaivaKutumbakam (One World Family).

She is also the only civilian awarded by the Indian Border Security Force (BSF) on Golden Jubilee Celebration. A nationalist at heart, she has immense respect for the soldiers who are the custodians of borders. In the Puranas, Parvati is considered to be the sister of Lord Vishnu – our Parvati happens to be the sister of soldiers. On every Raksha Bandhan, she visits the soldiers to tie Rakhis on their wrists to make them feel special. Parvati, a border guard who traversed the entire land frontier of the country, inspired the residents of the border area that we citizens are the second line of defence, the first being our security forces. She invoked upon the citizens to be alert at every moment to thwart the evil intentions of the divisive forces at work. Parvati advocates better communication and coordination between the soldiers and civilians to bridge the gap between the two.

Having lost her father at a tender age, Parvati heroically rose to the occasion by taking care of her family, which proved to be the beginning of an exemplary urge and commitment to dedicate every bit of hers for the sake of the nation. She stood rock-solid against her own child marriage, inspiring many girls like her not to succumb to this pernicious social practice. Parvati’s father found in her more a son than a daughter and she is rightfully proud of this.

Parvati showed her nationalistic fervour and respect for territorial integrity at an early age. She raised her voice against social malpractices that infest the different sections of society. Her leadership and commitment to serve the humanity & great nation buildings has brought her many accolades, including the International Girl Hero, Order of leadership, Youngest Nationalist Social Activist, Social Personality of the Year, Women’s Pride Award and Bharat Gaurav Award.

During the UN Girl Up Leadership Summit held in Capitol Hill in 2015, Parvati made the following clarion call –

“It doesn’t matter if a girl is born poor or rich, in a village or a city. She is every bit entitled to cherish big dreams and it is on us to make sure that her dreams come true.”

The chief guest at the event, Michelle Obama, the then First Lady of the United States, fell in love with this line of thought. Parvati, who was one of the 150 young leaders chosen across the world at the summit, was also announced as Girl Rising Ambassador.

The White House recognized the immaculate work done by Parvati. The youngest Nobel Peace Prize winner, Malala Yusufzai, lauded Parvati’s contribution in no uncertain terms and sent her a congratulatory letter. The Union Minister of Water Resources, Government of India, Shri Gajendra Singh Shekhawat, considers Parvati as his younger sister and is all praise for her unbridled energy and enthusiasm.

Parvati Jangid is a staunch believer of women empowerment for which she has been awarded with National Women Pride Award. She strongly believes that for an equal and just society to emerge, women empowerment is a must and it can only be achieved through educating and enlightening our people. Parvati, known as ‘Jodhpur ki Beti, Bharat Ki Laxmi’ made India proud when she attended and put forth her views on the importance of agriculture and feeling of nationalism at the Israel World Governance Expedition in October 2018, during which she was actively involved in matters of India-Israel relations.

In the presence of Indian and Israel Government representatives, she was chosen among the top 30 young leaders in India. Her participation at the Israel World Governance Expedition was hugely appreciated by several diplomats as well as the Foreign Minister of Israel. Following her return from Israel, she received accolades from Vasundhara Raje, the then Chief Minister of Rajasthan. She was also awarded with the prestigious ‘Chanakya Award’, for being chosen as the best delegate in Israel.

She is also very famous in European countries Moldova & Maldives, her works are being widely broadcasted there and young and women are inspired by Parvati, Parvati has been awarded many honors by Moldova(Like-Order of Leadership, International Military Medal etc).

Resonating with John F Kennedy, the 35th President of the United States, she also believes, “Ask not what your country can do for you, ask what you can do for your country.” According to her, the concept of ‘Sewa Bhav’ or the inclination towards service, should be the core value of every human. She firmly believes that each one of us has to do one’s bit for the country/global peace because every effort, however miniscule, does count.

Parvati considers the whole world as one family, she is dedicated to world peace, fraternity and the salvation of the poor. She is also associated with the volunteers of many reputed organizations of the world and the United Nations Volunteers Mission.

Let’s join hands with her and take our nation and world to greater heights with one world family motto.