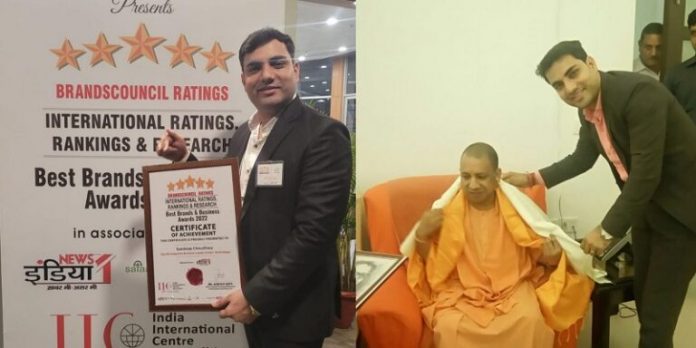 NewswireOnline:- Sandeep Choudhary is on the world’s biggest mission and it is to save our planet earth. It is mainly working on green technology to reduce carbon.

The First-Ever Radiant heat barrier is developed & designed By NASA for Space Suits Worn by Astronauts and it is called ‘Inflector’.

According to researchers and scientists, our earth will die by 2040 due to Global warming. Through this miracle product ‘Inflector’ we can save our earth.

He is a dynamic man n been honored with many National and International awards Recently he has been Awarded in Delhi with Best Brand and Business Award. He has been admired by Many Organizations who want to honor him with their Awards. He is 24×7 busy with his mission he is not fond of taking Awards he only thinks for his Country next all comes after that even his family. He has dedicated his whole life to the Nation. Let’s salute this young man.

Sandeep Choudhary was the only man from India being invited to Japan delegation along with our dynamic and Honest PM Shri Narendra Modi Ji.

Sandeep Choudhary has been honored by Many Chief Ministers of India 🇮🇳 for his dynamic work for a nation at a very small age.

North East States showcase tourism potential of the region on the second day of International Tourism Mart in Aizawl, Mizoram