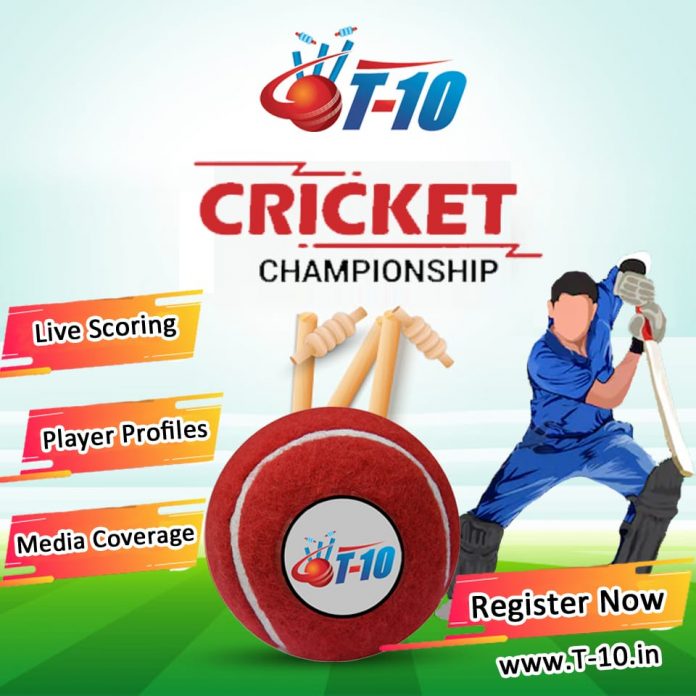 17 February 2020 (Newswire Online) – The T-10 Cricket Tournament 2020 will be organized in India. All cities with 100+ teams to host the matches across the country. The winners will fly to New Zealand for a three-match series.

Cricket is once again ready to prove its fan following on the world stage with an exciting cricket opportunity for the cricketers across India. The tennis ball T-10 Cricket tournament will be played all across the country. The cities with 100+ teams are expected to host the matches.  The tournament is expected to gather the aspiring teams from the local circuit to win once in a lifetime opportunity to win an all-expense-paid trip to play in New Zealand. To maximize the participation of players, the tournament is accepting teams and individual players. The individual players can make their own team by adding local players. The winner of the Heights Cup will be flown to “Kiwi” country, New Zealand, to enjoy the beauty of the country and play a three-match series.

T-10 Cricket Tournament will be held in 2 phases, in several cities in India (Phase 1) and New Zealand (Phase 2). To ensure the smooth running and with the focus on the health and safety of the players the matches will be played in 3 stages. Stage one (City knockout) will be played in respective cities to get 1 winner per city. The next stage (Stage two) or State knockout, all the city team winners from Stage 1 battle it out to the top in the state with Stage 2 of the knockouts. The third stage will see the state winners from the second stage to play for the spot on the flights to New Zealand. The winner of Phase 1 (India) and 2 (New Zealand) will play three-match T-10 series at Palmerston North, New Zealand.

The event is the most anticipated sporting event this year and expected intriguing the national and international media. The tournament will be witnessed by the online and offline audience. The tournament that will be started in July 2020 will present the latest high-end platform for sporting events. All matches will see an international quality feature such as live scoring, player profiles and live broadcasting on social channels for later stages and much more. Each team with its players can claim the official records of T-10 Cricket Tournament. On paying the registration fee for a team or an individual player, they automatically get added into the fixtures. The website displays all information regarding the match, Including profile each team & members, match schedule, winning teams, and live scores. The platform will give the opportunity and exposure for players, umpires, scorers, coaches, and anyone who is participating in the event.

KBJ Group, steered by Aksha Kamboj, remarks on being a multi-industry...