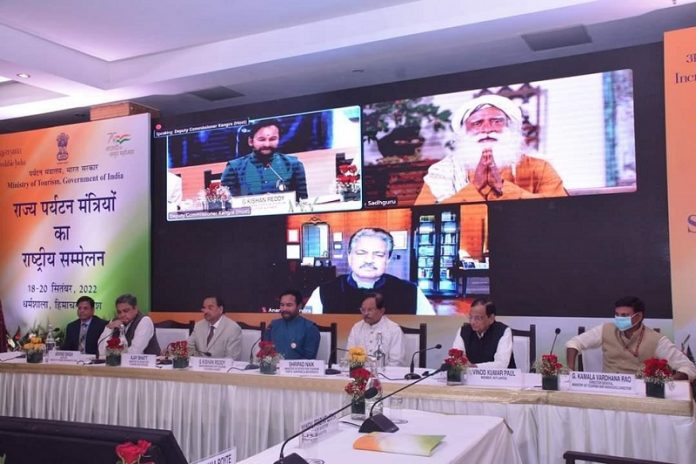 NewswireOnline:- The three-day National Conference of State Tourism Ministers at Dharamshala, Himachal Pradesh began on September 18 with a press conference chaired by Shri G Kishan Reddy. The National Conference of State Tourism Ministers aims to bring in diverse viewpoints and perspectives from all the States and Union Territories of India on tourism development and growth and to create a direct dialogue with the States on Schemes, policies, and steps being taken at a national level for overall tourism improvement in India. The National Conference also aims to be a platform for sharing best practices, successful projects, and tourism product opportunities. During the press conference MoS Tourism Shri Ajay Bhatt and MoS Tourism Shri Shripad Naik, Chairman FAITH Shri Nakul Anand, and DG Tourism Shri G Kamala Vardhana Rao were also present.

During the Press Conference, Shri G. Kishan Reddy, Union Minister of Tourism, Culture and DONER stated that in the past 75 years, India has become synonymous with tourism, spirituality, transformation, culture, and diversity. It is a matter of great pride to celebrate the record-breaking expansion, leading India to become the 5th largest economy in the world. As such, establishing the tourism sector as the primary concern, the Ministry of Tourism has undertaken various initiatives and taken a four-fold development strategy that focuses on improving the connectivity via air, rail, and roads, enhancing the tourism infrastructure and dependent services, streamlining branding and promotion and showcasing the culture and heritage. 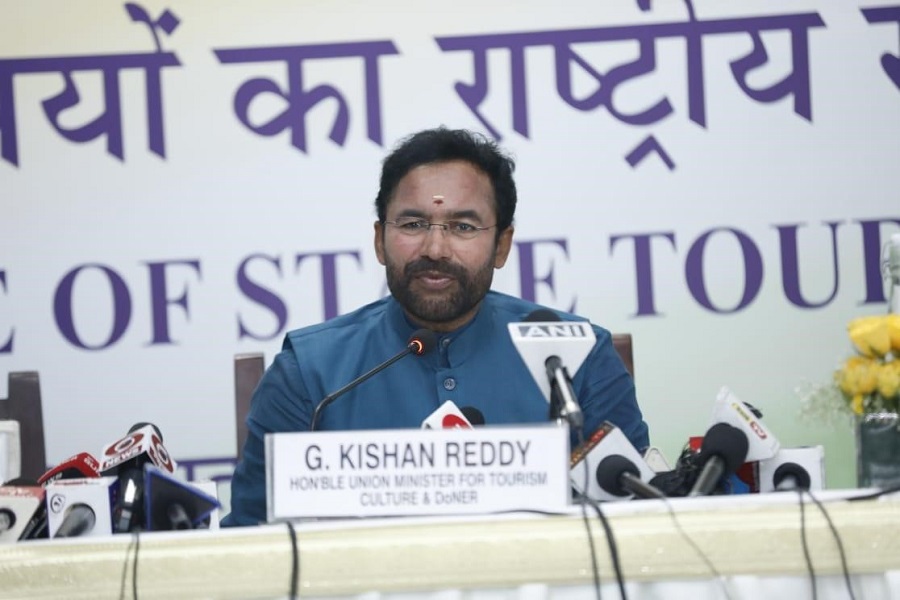 Highlighting the slogan of ‘Vikas Bhi Virasat Bhi’ given by the Prime Minister, Sh Kishan Reddy that after the vast process of consultations and deliberations, the National Tourism Policy will be brought out before the Budget session. He also informed that various tourist circuits are being promoted and a new ‘Ambedkar Circuit’ shall soon be launched. The Himalayan Circuit will also be promoted under the action plan for the development of tourist circuits, Sh G Kishan Reddy elaborated.

The Union Tourism Minister further added that the National Conference of State Tourism Ministers is also important in the current context of India’s G20 presidency. G-20 will be used as a platform to showcase India’s tourism potential to the world, he disclosed.

He also said that the Prime Minister’s vision of associating Indian diaspora and NRIs for promoting tourism will be encouraged and urged each diaspora Indian to motivate at least 5 foreigners to visit India as per the vision of our PM.

The financial assistance to the tourism sector, which is the biggest sufferer due to Covid 19, continues to be extended up to 31st March 2023 he said.

The Conference is divided into thematic sessions on Development of Tourism Infrastructure, Cultural, Spiritual & Heritage tourism, Tourism in the Himalayan states, Responsible and sustainable tourism, Role of digital technology for the marketing and promotion of tourism destinations, Emerging importance of homestays in the Indian hospitality sector, Ayurveda, Wellness, and Medical Value travel, and lastly on Forest and wildlife tourism.

The best way to learn during college is by building things: Content Creator Deepak Pareek