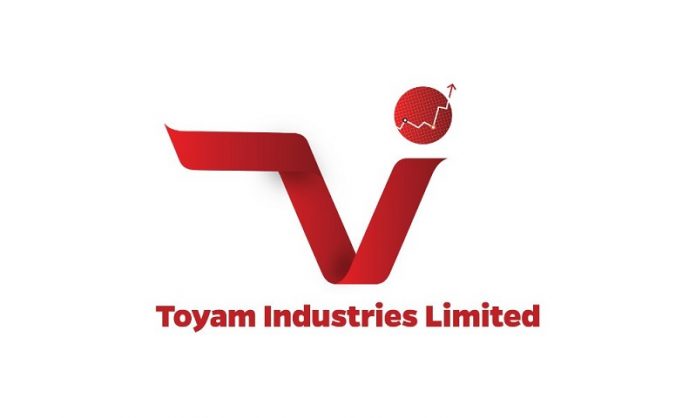 (NewswireOnline) Mumbai:- Toyam Industries Ltd. (TIL) is pleased to announce, in collaboration with MXP Media(MX Player), the production of a first-of-its-kind reality talent hunt in India, named ‘Kumite-1 Warrior Hunt’.

Having recently concluded the terms of production, TIL and MX, through “Kumite-1 Warrior Hunt,” are aiming to scout for hidden talent across the length and breadth of India.

The platform is aimed to enable deserving Mixed Martial Arts (MMA) athletes to get the appropriate visibility and access to world-class training that will groom them to become internationally competitive athletes.

The show would be the 1st season of an event that is proposed to be conducted annually. Moreover, to host the show, TIL is on the verge of finalising a celebrity known for his affinity for the combat sport. The lethal combination of the show being showcased on the largest video platform and hosted by a celebrity host is expected to provide nationwide visibility for the sport and help bring it to par with the popularity witnessed with several other sporting activities in India.

Commenting on the development, Mohamed Ali Budhwani (CMD – TIL) said “Sportsmanship and talent are in the air. As Indians eagerly cheer our athletes at the ongoing Tokyo Olympics, we are also on the lookout for determined players, who have nothing but dedication and passion for a sport and the country running in their veins. Despite the recent, Covid-related, setbacks I am happy with some of the recent developments, including our latest agreement with MX Player. With a platform, as dominant as MX Player, we aim to have more than a billion views for our planned reality show”.

“I have always been a proponent of this sport and have wanted to help deserving athletes a chance to showcase their talent and get desired opportunities. With the signing up of this agreement, we are inching closer towards turning this into a reality. Being a free-to-air platform, the launch of this show on MX Player would help even the people from lower economic strata access the show and encourage them to participate in our future talent hunts. Winners of our inaugural season would not only get access to quality international training but even get an opportunity to represent team India in the mega event (Kumite-1World Championship) planned by us in the near future.”

“As a company, we certainly don’t shy away from scale as demonstrated by our launch event, inaugurated by none other than the Legendary Mike Tyson. Impressed by our vision, he lauded our endeavor to provide young and undiscovered, but deserving, athletes the reach and opportunity to launch themselves. This makes me believe that what we’re doing here will truly change the lives of hundreds of aspiring athletes. It is on this premise that we have laid the foundation of our reality show and extend this thought process across the various business verticals that we have strategized on, to build the ecosystem around combat sports like MMA.”

“We not only propose to conduct a series of fight nights, enabling our local athletes to compete with their international counterparts but also eventually plan to get into the merchandising of sports accessories to help sports enthusiasts across India get access to genuine quality products at affordable prices. The path of India’s MMA journey to the global arena has just begun and we are proud to lead it from the front. We aim to be a very agile and responsive company and look forward to an exciting future.”

Toyam Industries Ltd. (TIL) is the only publicly (BSE) listed company, run passionately by sports enthusiasts, engaged in sports promotion and management. TIL successfully conducted the “Kumite-1 League,” in the presence of legendary Mike Tyson, and is now implementing the league’s vision through its reality TV show, “Kumite-1Warrior Hunt.”