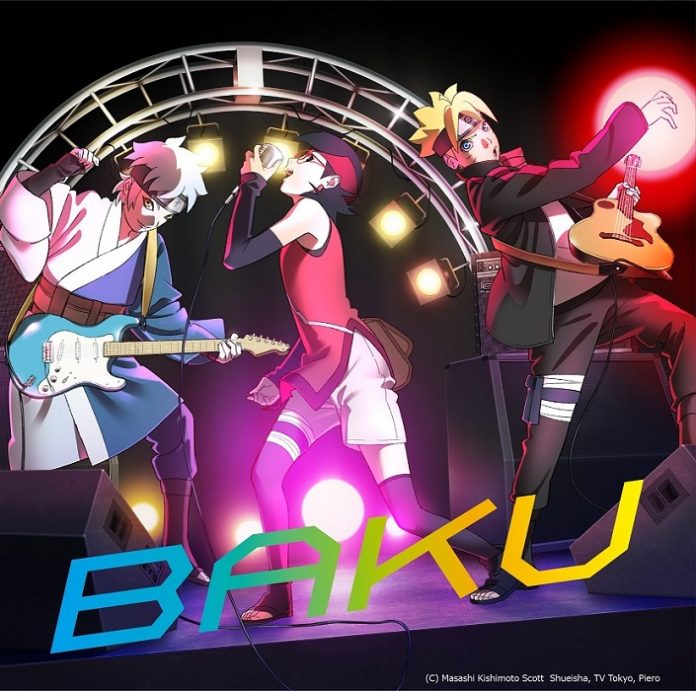 (NewswireOnline):- One of the most famous artists in Japan, Ikimonogakari, have just released their 33rd single “BAKU” today.

The album cover of this song is a reproduction of the earlier cover of “Blue Bird”, with the members of Ikimonogakari replaced by “Boruto Uzumaki” and other main characters of the anime “BORUTO: NARUTO NEXT GENERATIONS”.

When the album cover design was released, it generated comments like “This is emotional!” and “I’m glad to see this homage!” from NARUTO/BORUTO fans all across. Since the pre-release of “BAKU”, the number of monthly listeners on Spotify has exceeded 2.5 million, and the music video has received comments from all over the world.

Along with this, a music video “Blue Bird (Slushii Remix)” by DJ Slushii has been released.

REAL ROCK DESIGN produced this video, using the image of “Naruto: Shippuden ” from “Blue Bird” (2008). The song was made into an EDM by Slushii and is expressed in a cool and emotional way.

“Blue Bird” was ranked 4th on the list of the most played Japanese songs overseas in 2020, so “Blue Bird (Slushii Remix)” is sure to be a hit around the globe!

Click here for each distribution site and streaming service for “BAKU”

Since their major-label debut with “SAKURA” on March 15th, 2006, they have released numerous hit songs. In March 2020, they released “Ikiru”, a song created in collaboration with “This Croc Will Die In 100 Days”, and the music video has over 6 million views. In 2020, the band celebrated its 20th anniversary! Their long-awaited new album “WHO?” will release in March 2021!

An American DJ and music producer, best known for his popular remixes of artists like – Galantis, Botnek & I See MONSTAS, and Kaskade. With massive support from Marshmello and Skrillex, he is now one of the most promising future-based artists.

Since 1996 Real Rock Design are active in a variety of advertising, video, web, VJ, music, apparel, and space design. They have also produced videos for various concerts.