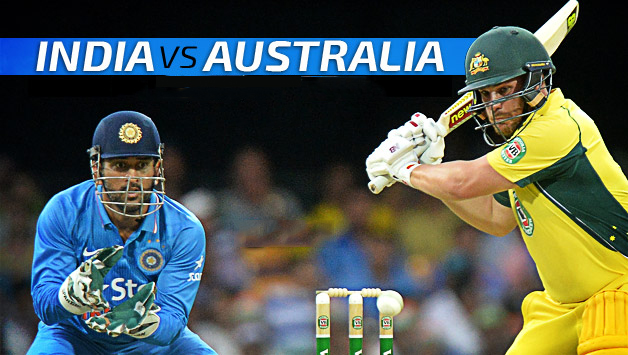 Team India’s regular captain Virat Kohli has returned to the ODI and T-20 squad against Australia. Kohli was rested from the last two one-dayers and T-20 series against New Zealand.
BCCI has announced that Indian Cricket Team squad for the limited-overs domestic series starting on February 24 against Australia. At home, India has to play two-match T-20 and five-match ODI series against the Kangaroos. There are only a few months left in the Cricket World Cup-2015, hosted by England and Wales. Team India has only 7 international matches before this great championship of cricket.

Regular captain Virat Kohli has returned to the ODI and T-20 team against Australia. Kohli was rested from the last two one-dayers and T-20 series against New Zealand. In the absence of Virat, Rohit had the captaincy. Apart from this, Jaspreet Bumrah has returned to the bowlers’ squad. Bumrah was rested from the one-day series against Australia and New Zealand tour. Dinesh Karthik and fast bowler Khalil Ahmed have been dropped.

Fast bowlers Lokesh Rahul and Rishabh Pant have been selected in the team for the ODIs. Dinesh Karthik has been selected again in the T20 Series while he has been dropped from ODIs. Both Hardik Pandya and Krupal Pandya have been included in the T20.

The selectors have selected only two spinners in the form of Kuldeep Yadav and Yuswendra Chahal. Kuldeep has not been selected in the team for the Twenty20 series. His place has been given to Mayank Markandey. All-rounder Vijay Shankar has been selected for the five-match ODI series.

Fast bowler Bhuvneshwar Kumar has been included in the team for the last three matches of the ODI series. In his place, Siddharth Kaul has been included in the first two ODIs. Apart from this, young batsmen Shubhaman Gill, Mohammed Siraj, and Ravindra Jadeja have been excluded from the 15-member squad. The ODI series will start from March 2, whereas the last ODI of the series will be played on March 13. After this Team India will be preparing for the IPL matches.

It is notable that in a recently concluded Australia tour, India defeated Kangaroo team 2-1 in the ODI series, while the T-20 series was 1-1.

Team Blaze made history to become the first all-girls team chosen to represent India at the F1 in Schools World Finals hosted in Melbourne,...

CouponMonkey Launches One of a Kind Specification Comparison Feature