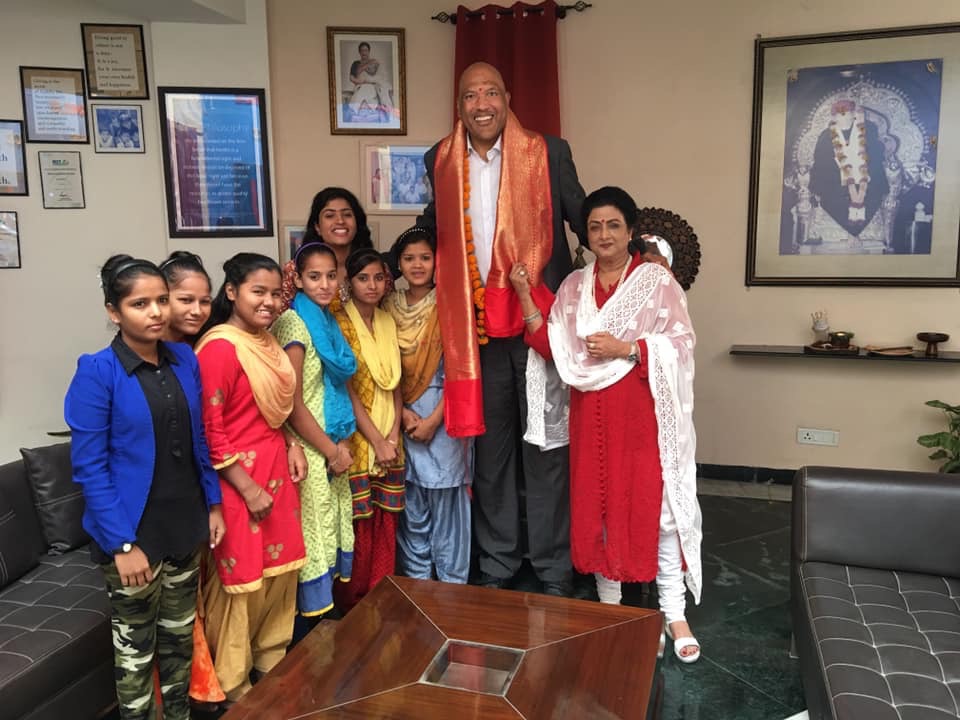 James Donaldson, played for NBA for 20 years, is also a motivational speaker, author of “Standing above the crowd”, an advocate for under-served  communities and known for his works on mental health awareness and suicide prevention through his Gift of Life Foundation.

DeeyaSuzannah Bajaj is locally from Haryana who has scaledsix of the seven summits of the world includingthe Mt. Everest, along with her father to support the girl child in India.

“We commend both James and Deeya for their dedication to global citizenship and their standing commitments to advance & advocate for Sukarya’s long term goals which include educating & empowering children and adolescent girls living in the slums and freeing the future generation from anemia & malnutrition, said, MeeraSatpathy, the chairperson of Sukarya.

Sukarya has been a women-led and women-centric, grassroot level NGO, providing access to basic health care, nutrition to women and children living in slums and hard-to-reach villages surrounding the National Capital Region of Delhi, Rajasthan, Haryana and Uttar Pradesh.

Launched in 2016, Sukarya’s Education on Wheels (EOW) program, a mobile classroom with a special curriculum offering non-formal education to slum children, became one of the top-10 projectslisted by the GlobalGiving Foundation. With support from the Microsoft employees Giving Program, this program currently serves 400 children living in 8 slums of Delhi and Gurgaon.

Sukarya’s founder MeeraSatpathy was also invited to participate in the United State of Women’s Summit (USOW) in 2016 organized by the White House in Washington DC and again in 2018 when both Sukarya and Sukarya USA became the community partner of the summit. Sukaryal is on youtube https://youtu.be/mqe28hgPjbs

In 2017, Sukarya launched its Adolescent Sexual Reproductive Health project to educate and empower adolescent girls living in the slums of Delhi and Gurgaon in both verticals of government schools and slum communities with a goal to train 1200 adolescent girls every year.

“With 20% of world’s total adolescent population living in India and30% of them reportedly gone through physical and sexual abuse, we are dealing with the most vulnerable population of our society”, said MeeraSatpathy, “The instance of child marriages is also high among these population leading to many other social and health issues including stunted growth among children, infant mortality and maternal deaths.It’s the time to act now”, she added, emphasizing on Sukarya’s programs for the targeted audience.

USA based Bottlecapps Announces Major Expansion into the Indian market