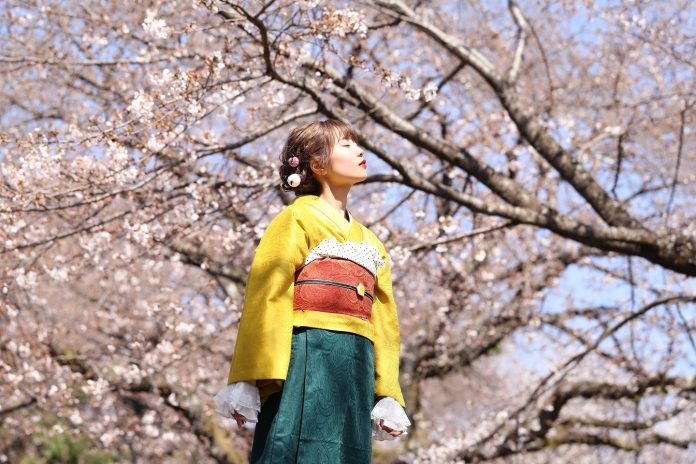 (NewswireOnline): Singing Cosplayer Hikari has been actively introducing Japanese culture to the world by cosplaying characters and singing songs from anime and Vocaloid. She has recently distributed “Yume to Hazakura (10th Anniversary Remix)” in both music and video worldwide and has also released the video on YouTube.

“Yume to Hazakura” was written by Gekkoh Aoki and released as a Vocaloid song by Hatsune Miku, a popular Vocaloid character exactly 10 years ago. Singing Cosplayer Hikari covered the song, which has been loved for a long time in Japan and abroad, and released a video of the cover song on YouTube on April the 12th this year. This video has been viewed from all over the world more than 1.55 million times.

In addition, when the worldwide distribution of Singing Cosplayer Hikari’s cover music and videos started on April the 20th, it charted on Apple Music / iTunes J-Pop charts in 25 countries around the world and reached No. 1 in 11 countries and regions, including France, Indonesia, Vietnam, Italy, Luxembourg, Malaysia, Mongolia, Ukraine, Kazakhstan, Macau, and the Republic of South Africa, and is still ranked highly in each country.

As a 10th anniversary celebration, they have created a new version of “Yume to Hazakura,” to celebrate its popularity worldwide and allow more audiences to fall in love with it!

U-SKE Asada, who has been working on the sound production of this cover version, took charge of the 10th Anniversary Remix version. His message to us, “This time, I wanted to remix HIKARI’s cover “Yume to Hozakura” for the 10th anniversary of the song. I wanted it to be heard by many people, so I raised the BPM and made it a track that could be played on the dance floor. I’d be very happy if everyone could enjoy it.”

He has received support from the writer Gekkoh Aoki also known as Yuki Nishijima. According to her, “At the time I wrote this song, I was so attached to it that I thought, “I’ll never be able to write a better song than this one,” and I’m so happy that people all over the world have been listening to it for 10 years. I hope you will enjoy this new aspect of “Yume to Hazakura” on the occasion of its 10th anniversary. ”

Finally, Singing Cosplayer Hikari stated that “I’m very happy to be able to cover “Yume to Hazakura,” my favorite Vocaloid song that I’ve listened to since I was in Junior High school. The remix of “Yume to Hazakura” by Mr. Asada is amazing and it has become a very special song for me.”

Apart from this exciting news, Singing Cosplayer Hikari also made her debut as a model for the kimono brand Furifu HYPER JAPAN ONLINE 2021, HYPER Fashion ONLINE!

In this video, Singing Cosplayer Hikari shows off her four kimono outfits (traditional Japanese wear): the RENDEZVOUS she wears in “Yume to Hayazakura”, the yukata (casual summer kimono) with the striking cat obi (traditional Japanese belt), “One-sided foil crest” she wears in the HYPER Show! video, plus another yukata “Tsubaki Overgine” and “Maribonbon” in furisode (long swinging sleeved kimono). This persona of Hikari is special and different from her usual musical performance.