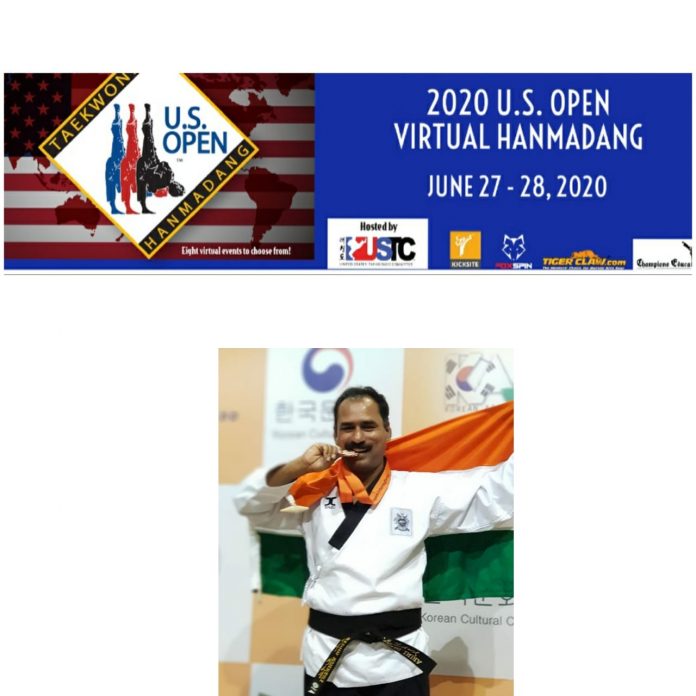 Sidhu Kshetri has represented India in US Open Taekwondo Championship in Poomsae Category. The Poomsae or Patterns are a set sequence of movements that consists of the various fundamental stances, blocks, punches and kicks logically arranged in a meaningful order in response to attacks from multiple imaginary assailants. 32+ countries participated in the tournament and Sidhu has won a GOLD MEDAL. Sidhu’s performance was impeccable in the tournament and the way he carries his spirit, the tournament committee has given the“Spirit Award” to him. Sidhu puts his mind and soul into the sport, he believes that if you do something then you should be “all in”. 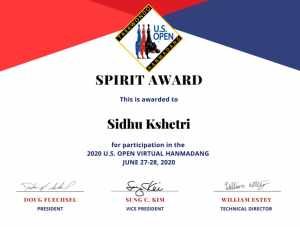 In May 2013 Sidhu stated said he was not doing this for name or fame, but to raise funds for treatment of his friend suffering from cancer. Sidhu has been working to break records since a long time and is known to be a very selfless person.

Sidhu has already have Guinness world records on his name and He represents India in multiple international events. Recently the World Taekwondo Federation is also awarded him “Outstanding contribution to the development and dissemination of Taekwondo in the world” from World Taekwondo Federation (WTF) Headquarter of Taekwondo, South Korea. Sidhu is performing taekwondo from the last 25 years. Sidhu has given all the credit to his Big Brother Shankar Kshetri who always supported him and guided him in his entire life. Shankar who started teaching Taekwondo to Sidhu when Sidhu was in school. Later Sidhu joined Horangee Taekwondo club and started playing matches with the team of Balkrishna Bhandari , Sanju Master and Amol Kodre. 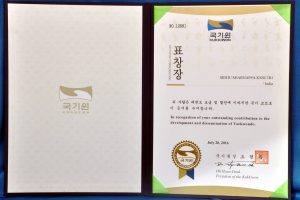 Sidhu is currently working with TechMahindra as Technical Delivery Manager and TechMahindra is always supporting and sponsoring him for the international events. Sidhu follows the TechMahindra slogan Connect with your friends and Rise!!! Accept No Limits! Think for Alternate Solutions whenever you face problems! And Drive Positive Change!  All my friends are part of this success, they always support me and encourage me to do contributions towards the country and I am feeling very proud to be an Indian. I believe there are no limits to learn and that we can expand our horizons anytime we want.