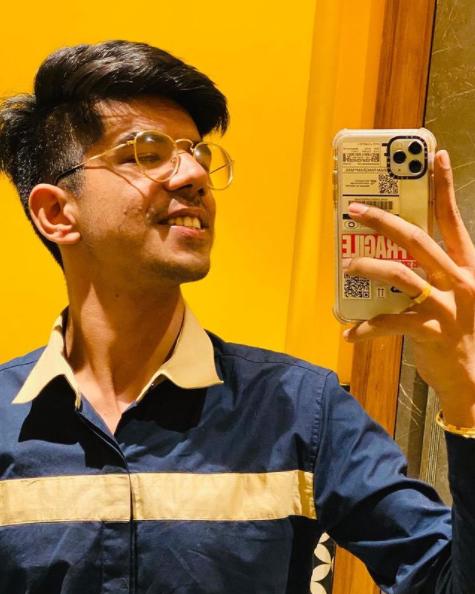 However, fresh faces emerge from the crowd as new doors open in the entrepreneur world. Thanks to the gradual but effective rise of e-commerce business, buyers and sellers both have gained a new perspective. Names of youth like Shivam Talwar are what you’re looking for here. So, let’s learn who Shivam Talwar is and how he has built himself from scratch.

How It Started
Returning to Shivam, let’s start from the beginning. Accordingly, seeing a 22-year-old having figured it out at this age is also unconventional for most minds. This is because, typically, at this age, young men aren’t mature enough only to find a job. Despite these Asian stereotypes and daddy’s money culture, Shivam has managed to break the shackles. Moreover, his out-of-the-box approach has exceptionally fast-forwarded his life.  The future entrepreneur was admitted to a school called D.P Dada. This is a private school located in Jalandhar. Further, this is where Shivam got his early education from.  Later, he finished his matriculation from this institute, bringing him one step closer to his bright fate.

Starting from Scratch
If there’s one thing about Shivam which corresponds to industrialists like Ambani and Gogrej is his humble beginning. Even though he is currently at the top of his game at just 22, he had to start very early on quests. Thus, at the age when regular kids were playing cricket, Shivam was busy figuring out the e-commerce world. However, all this tedious work was soon going to pay off. Additionally, he was smart enough not to put all his eggs in one basket. Further, as the years passed, Shivam saw progress in his startups and was on a steady ride to the top of the e-commerce world. And now he owns some of the amazing online web clothing stores such as widervariety.store where he provides a wide range of clothing and shoes.

Tragedy Strikes
The year is 2019, and more frequent headlines of dangerous infections are making their way to the news. Moreover, what was just a viral rumor, in the beginning, is now becoming a global reality. There is news of borders being closed due to the rapid spread of the Covid-19 virus. It feels like war, and the enemy is a tiny microorganism. In March, lockdowns start taking place. Accordingly, Shivam faced the challenge of a lifetime thanks to the Covid-19 limitations. Even though his business was online, and it didn’t seem like he would have much to worry about, the reality was quite the opposite.

Building Athens from Ashes
They say when life gives you lemons, make lemonade. However, in Shivam’s case, he turned lemons into a whole lemonade factory. Thus, after experiencing declining graphs and uncertainty for a significant part of 2019, Shivam jumped back on the success bandwagon. This new online business, combined with Shivam’s hustling nature, ensured him a top spot in the online market.

Establishing Roots
The 22-year-old is attempting to grow his store by establishing repositories near his residence. This will help him keep a check and make deliveries with ease. Additionally, since his enterprise offers worldwide shipment, he needs to have regular access to his stocks.

Making It Happen
What started as a one-person show has now turned into a small enterprise with the potential to grow. Currently, Shivam has at least 15 remote employees who help him achieve daily milestones and make online shoppers happy.  Thus, clients from all over the world land on Shivam’s online store daily. Also, the clientele is expanding thanks to the top-notch services and quality products.

Aiming for New Horizons
Even though Shivam’s success is noteworthy, and he is way ahead of other young adults his age, he refuses to stop. As it turns out, “too much” doesn’t exist in his dictionary.
Shivam believes that YouTube has much to offer its users. Further, as time passes, the platform will reach new heights. Consequently, it is only wise for him to join this platform at right time.

Making the Best of It
Shivam is a disciplined young individual in his work life who refuses to lose focus and hope. However, this doesn’t mean he isn’t thriving in his personal life.
He has an enjoyable hobby. The 22-year-old businessman takes immense pleasure in traveling.
Additionally, his love for traveling allows him to meet new people and learn about various cultures. Also, his travels have helped him learn about how the world works and the vast horizons outside Indian borders.

Love for The Motherland
Even though Shivam is a frequent traveler, he knows that there is no place like home at the end of the day. In fact, in his opinion, it all depends on the people. If they come together and try to achieve the common goal of making India great, nothing can come in the way of this dream.

Lessons to Learn
Even though Shivam has gained much success, he never expected it at first. His career started as a hobby that he only entertained during his vacations. What was initiated as learning drop shipping to pass summer vacations has now become a well-established enterprise. Therefore, don’t fear foreign waters and struggle till you become another Shivam Talwar or even someone better.

THIS REPUBLIC DAY, ENSURE THE BEST & AFFORDABLE CARE FOR YOUR FURRY WITH ZIGLY