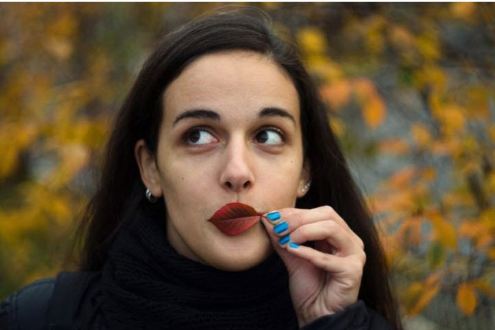 This news will take many by surprise. It has been revealed that Samsung used unethical methods to promote its Galaxy A8 phone. Samsung Malaysia posted a picture on its website that it claimed was clicked using the camera of the upcoming A8 Star. While the company claimed the photo was clicked using the phone, the truth is that a professional DSLR camera was used to click the picture. Samsung is facing a lot of criticism worldwide due to this. 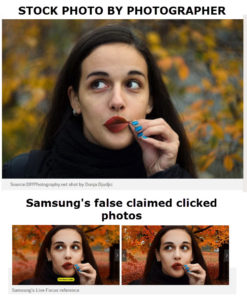 How did Samsung get caught using the fake picture

The picture in question was clicked by a photographer called Dunja Djudjic who clicked the photo using his DSLR camera. As per Dunja Djudjic, the picture is listed on the EyeEm website for purchase. Samsung bought it from the website and falsely claimed it was clicked using Galaxy A8 star.

According to the Gadgets Now report, Samsung has done some alteration in the picture and claimed that it’s an actual picture clicked in the ‘bokeh camera mode’ of the upcoming smartphone A8 star. Samsung has used Photoshop, its background has been changed, while the color of the hair is also changed. Dunja Djudjic also mentioned that the changes done on the picture were not looking on the picture at all.

Dunja shared this in the global photo photography community EyeEm so that everyone could be informed about what Samsung has done. Eyeem, however, refused to comment when asked for confirmation about the sale of the picture to Samsung.

Samsung is not the only one to be caught in such a controversy. Earlier, China’s leading smartphone manufacturer Huawei also tried to misguide consumers in the same way. Huawei showed an ad for its Nova 3 smartphone claiming that the picture was clicked from Nova’s selfie camera, but it was actually clicked from the DSLR camera.

Gayatri Mohanty: How A 40-Year Old Mountaineer’s Journey Is Inspiring Women All Across The World