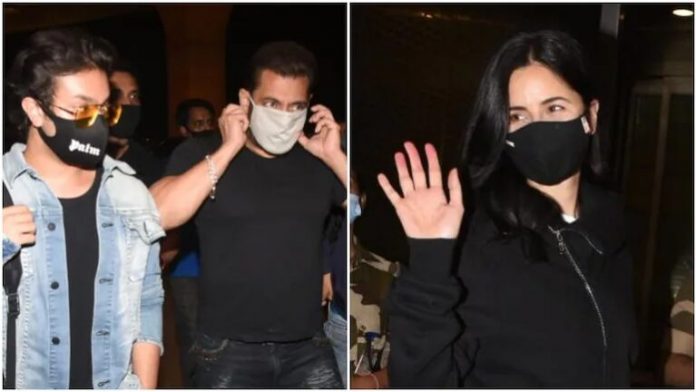 (NewswireOnline):- Salmaan Khan and Katrina Kaif are off to Russia for shooting the International leg of ‘Tiger 3’ the much awaited movie from the YRF Camp. Kartina Entertainment, leading line-production company in Russia is looking forward to such big budget movies being shot in Russia. Sarfaraz Alam, CEO of Kartina Entertainment informs that Russia provides best locations and sets for high octane stunt scenes for the film.

“Russia is a hit destination these days for shooting. Best locations, best price, great talent and hard working people make Russia number one choice today for many Bollywood Production Houses. After we successfully handled Rising Sun Film’s – Sardar Udham, directed by Shoojit Sircar, We have been approached by big companies like Yash Raj, Dharma, Excel, RSVP, Color Yellow and more for line production in Russia.” said Sarfaraz Alam while speaking to a reporter. “We have good connections in the government here for assisting with getting permissions, government rebates etc.” he added.

As the charter flight carrying Salman, Katrina, Director Maneesh Sharma, the entire cast and crew of Tiger 3 lands at Russia, all the arrangements for smooth shooting of the film have been made. All the sets, locations and russian crew have been meticulously selected and arranged. The direction team under Maneesh has prepped for months for this schedule and Aditya Chopra is clear that the shoot needs to happen smoothly.

Tiger 3 is envisioned to be a visually spectacular theatrical experience, with never-seen-before action sequences. The shooting will primarily take place in Saint Petersburg. Russia is a known destination for many hollywood as well as bollywood movies. Salmaan Khan has previously shot in Russia including for the movie Lucky: No Time For Love, where Russia was the central location for the whole film.

The movie is the 3rd installment of Salmaan’s Tiger Franchise. While not much is known about Tiger 3, Salman Khan will return as RAW agent Tiger and Katrina Kaif will reprise her role as ISI agent Zoya. Emraan Hashmi will play the antagonist as an ISI agent.

Kartina Entertainment and Sarfaraz Alam look forward to working on many more Bollywood movies in Russia.