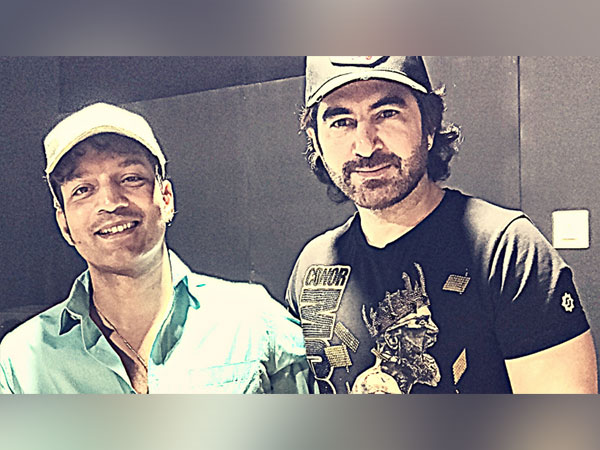 (NewswireOnline):- When Bengali cinema superstar Jeet decided to venture into the Hindi short film genre, he chose Music director Abhishek Ray to don the mantle of the director as well as screenplay/dialogue writer, Editor and, of course, Music Director. Together, they have released their first Hindi short film under Jeet’s production house, Grassroot Entertainment, and its name is “Chuddy Buddy.” The movie, released on YouTube, has already garnered thousands of views and is fast becoming popular among the viewers.

Abhishek Ray is already a well-known name in film circle since he has composed music for such award-winning movies like Paan Singh Tomar, I am Kalam, Saheb Biwi Aur Gangster, and Welcome Back. Now he has joined hands with Jeet, the Bengali superstar known for his films like Boss, Sathi, Josh, Asur, Abhiman, Baazi, etc. Famous Bollywood film critic Komal Nahata has tweeted about Chuddy Buddy calling it ‘A quirky comedy with a twist. ‘

Talking about his directorial project and his association with Jeet, Abhishek says, “I was overjoyed when Jeet Bhai trusted my directorial skills on his brilliant story idea. While writing the screenplay and dialogues, I got inspired by my Bollywood journey where I have often witnessed many human complexes and jelousy. Smaller artistes feel that they have all the qualities to be at the top rather than the ruling superstars. This widespread complex is essentially the premise of my film.” In fact, Abhishek goes on to say that with Chuddy Buddy, he has tried to be “careful about presenting this tricky psychological subject to the audience in a light hearted funny manner.”

Abhishek, who began his musical journey with none other than ace poet & lyricist Gulzar, has also directed music videos of songs sung by iconic singers such as Shreya Ghoshal, Kavita Krishnamurthy and Shaan.. In fact, Abhishek brought the year 2021 to a close with a soulful ghazal penned by Gulzar, titled “Ranjo Gham.” ( link: https://youtu.be/bR5DWIgI-Q0 ) He has been the recipient of the National Mirchi Music Awards for best non- film song featuring Sonu Nigam & Shreya Ghoshal. Apart from Bollywood, he is also known for being the Founder of Sitabani Wildlife Reserve, which is India’s first private reserve with the presence of wild tigers. His wildlife conservation activities have also been recognized under the government’s Swabhiman Bharat campaign.