Mumbai: This FIFA World Cup, football fans in India can enjoy a new gaming format while watching a match live. PlayCKC, the live sports gaming platform from India, has now launched its live prediction game, PREDICT, for football. The game is free to play. Cricket fans have been experiencing live gaming on PlayCKC for a couple of years now. Live sports gaming, the startup claims, is unheard of in the gaming landscape. Sports fans have been familiar with fantasy sports. Fantasy, however, caters largely to the lottery enthusiasts who are looking for returns on their investments. PlayCKC offers gaming formats that cater to the fans’ need to engage during live action. 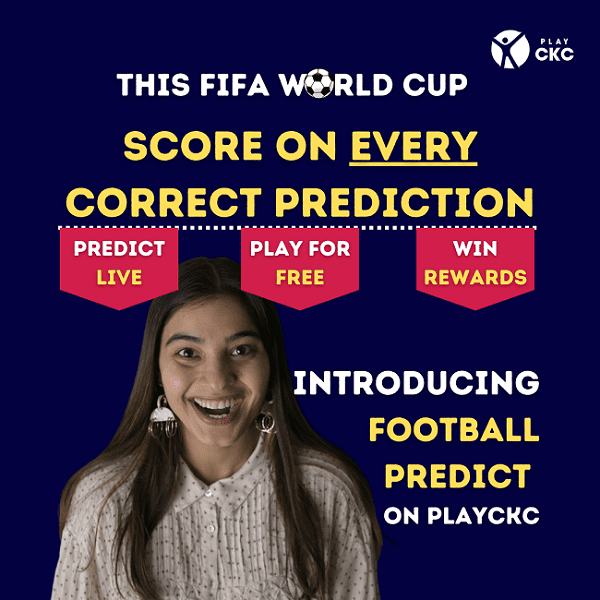 It must be noted that even though the Indian team does not play in the Football World Cup, the fandom for football in India has been noteworthy. Last year, Sony declared that 37 million Indians watched the UEFA EURO 2020 matches. 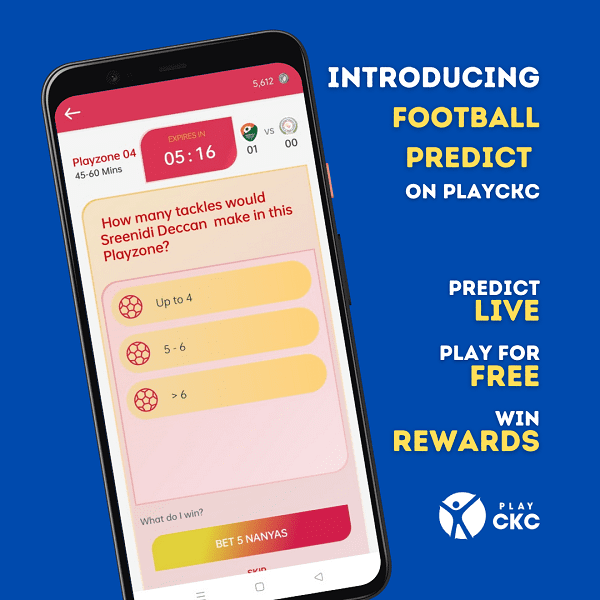 The PlayCKC founders are confident that the PREDICT format will appeal to the Indian fans following the FIFA World Cup 2022. Swapnil Manish, co-founder and CEO of PlayCKC, shared, “Fantasy sports has been popular in India given the number of gaming platforms that have emerged in recent years. While a huge number of people in India has tasted fantasy, the majority still keeps away. We have studied fan behaviour and recognised that the most basic real-world behaviour of fans is to engage during live action. This is why we started building a live sports gaming platform, unlike fantasy where the fan is expected to behave like a selector or coach and do nothing while the match is live.” 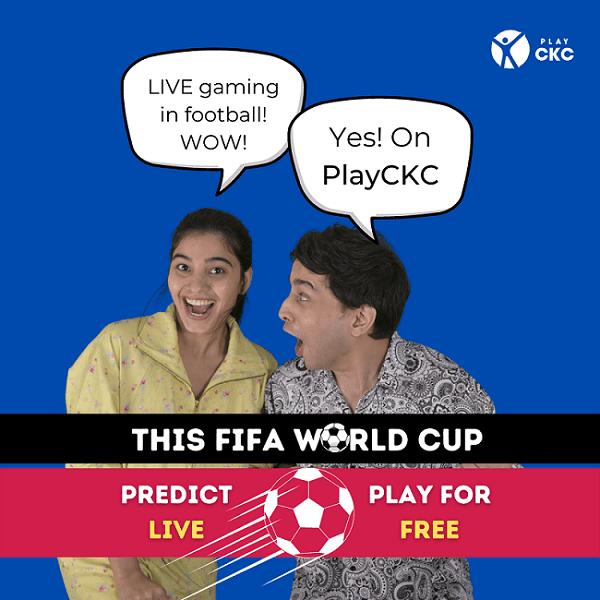 “Your match is live; your game should be too!” is the philosophy at PlayCKC. In PREDICT, its live prediction gaming format, multiple-choice questions are shown to the gamer while a match is live. These questions are not pre-decided but generated on the go, based on live data. This format is backed by PlayCKC’s proprietary question engine that takes in live data, considers the match situation and several parameters, and builds a contextual question. PREDICT is a free-to-play game. However, gamers can use their winnings to redeem various gift cards and vocuhers on the platform. PlayCKC has entered into reward partnerships with Amazon, Swiggy and Xoxoday.

PlayCKC is an Indian startup that began its operations during Covid-19. It offers a live sports gaming platform for cricket and football. The startup was founded by Swapnil Manish, Anuradha Sinha and Sanket Khemuka. It raised its seed fund of $200,000 earlier this year. The round is led by Freeflow Ventures. PlayCKC is delivered as an app to gamers (via Google Play, Apple App Store and via PlayCKC website – Android APK). The app offers two games: PREDICT and SELECT. PREDICT is a simple MCQ format where a fan makes predictions while a match is happening. These questions are not pre-decided but generated on the go, based on what is happening on the ground. This is unheard of in the world of sports gaming. The other game, SELECT, is a simple six-player selection format. PREDICT is free to play while SELECT has both free and real-money gaming versions.

The Legacy of Rackonnect: A name synonymous to Indian Racket sports focussed on Badminton