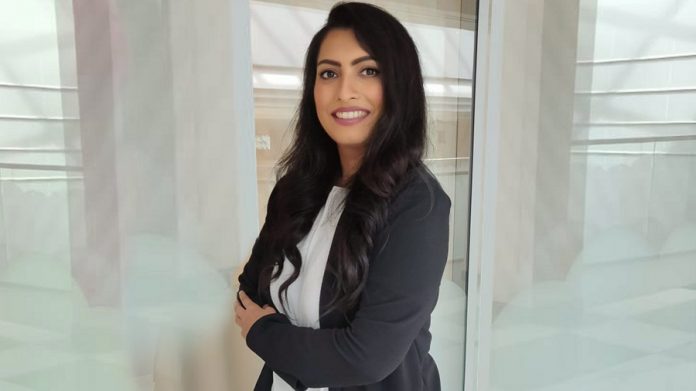 (NewswireOnline):- The premiere of UAE-based filmmaker Ursula Manvatkar’s film ‘The Last Chance’, produced by her own label Medulla Productions, is set to happen on Digiplex OTT platform in September 2021.

The film ‘The Last Chance’ is a Hindi psycho-horror film and was completely spontaneous and unplanned in its filming style, with grueling shooting schedules. Digiplex revealed the trailer of the film in May 2021 on their Youtube channel and was very well received by audiences.

You can check the trailer of the film here –

The film launches Actor Zo Aly as the lead and features other UAE based actors such as Sebi Paul Mathews, Dushyant Barot, Hasnain Sajjad, Sam John, and Baby Aghna in supporting roles.

‘The Last Chance’ revolves around four friends who venture out for a rather delayed camping trip, but things take a strange turn after a brief stop-over at a tea shop. The film tells a tale that is thrilling and fast-paced with the mood changing very quickly from casual to downright disturbing.

This is Ursula Manvatkar’s first film as a director and second as a scriptwriter. She has produced and co-produced several award-winning short films in the past such as ‘The Final Straw’, ‘Chappal’, ‘The Kick’, ‘The Evidence’ and ‘Let it Go’. Her forthcoming short films ‘Gustaakhi’ and ‘The Switch’ and Marathi language feature film ‘Picchkari’, that she co-produced, are also in the pipeline.

“This film has not only been thrilling and challenging, but also very fulfilling from a learning perspective. My team is very talented and they gave their best for making this happen. For an unplanned film, we have come a long way and I am stoked to have my first directorial venture premiering on Digiplex. The launch is well deserved for the efforts everyone put in.”, she said.

After having won 6 Awards and 10 Nominations out of 30 Official Selections across film festivals globally, ‘The Last Chance’ is selected to premiere along with many other series and films as Digiplex OTT platform launches its beta version in September 2021.

“We are more than excited to associate ourselves with such a good film such as ‘The Last Chance’”, said Mr. Dibyendu Roy Chowdhury, Founder of Digiplex OTT platform.

“We have the vision to provide access to maximum premium entertainment to our users. We are focusing on the better implementation of advanced technologies to enhance user experience. Our motto is to provide independent filmmakers a platform wherein they can showcase their work and we ensure proper exposure to their creativity to help come to the limelight,” he added.

Digiplex will be launching in September 2021, with a slate of 30 original shows, 100 + Original Films & Shorts (including regional films), Library films, and over 1000 Songs & Audio stories. The platform will have 1000 hours of content released in its first year.