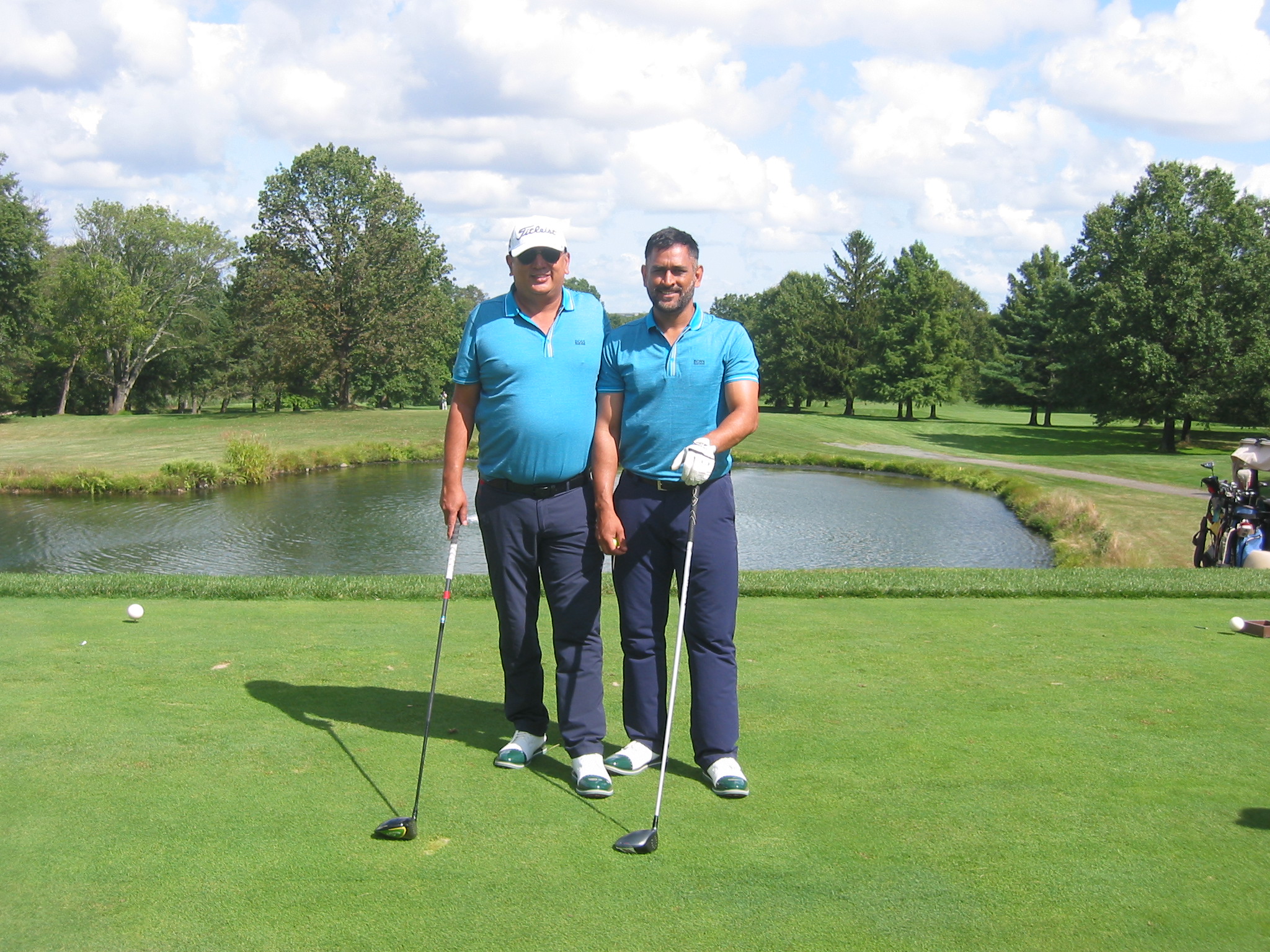 (Newswire Online) The Metuchen Golf and Country Club is proud to announce that the legendary cricketer, MS Dhoni, who is an honorary member of the Club, the former captain of the Indian National Cricket Team, World Cup winner and recipient of the prestigious Padma Bhushan Award, recently played in his 1st major Metuchen Golf & Country Club tournament on September 13, 2019. Dhoni has become quite an accomplished golfer and together with local member, Rajiv Sharma, finished 2nd in their flight category. They won four out of five matches in this tournament.
Dhoni was introduced to the club by his friend Rajiv Sharma three years back. While in New Jersey, Dhoni was able to play in a few surrounding courses but maintained that “Metuchen is the best”.

Everyone in the club feels that he can be a scratch golfer if he plays golf regularly, he can hit is drive about 300 yards. We understand Dhoni is already looking forward to next year’s tournament at Metuchen Golf & Country Club and vows to apply the same focus that made him a world class Cricketer to his new love, GOLF.
Metuchen Club is more than 100 years old and is situated in Edison Club is rated one of the best Golf private country club in New Jersey.

Have You Heard About India’s Largest Digital Gaming Store?