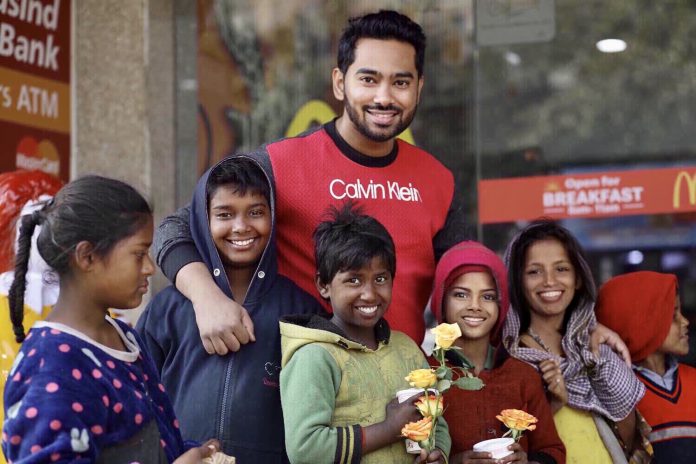 (NewswireOnline): Shibabrata Bhaumik is an Indian Entrepreneur who founded HotelnStudio, a peer-to-peer (P2P) accommodation chain that has identified unmet demands in traditional accommodation systems and allows people to host private accommodation to their peers. Shibabrata is also a block chain expert & pioneer of digital payments and CEO of Fitech company PayQ.

Born in a Hindu family with both socially active parents, Shibabrata grew up in an environment imbued with a sense of social justice and freedom. He graduated with a bachelor’s degree in Bio Technology from Indian Institute of Technology in early 2006 followed by MBA in International Business from ICFAI Hyderabad; he started his carrier in the early twenties.

During an expansive interview, the usually reserved and the press-shy entrepreneur declare why he got into this business: “I wanted the world to have a global, open financial system that drove innovation and freedom.” In the following business model, though, Shibabrata fits in with the pinstriped financiers working down the block.

Born at Kolkata, India to an engineer Father, Bhaumik displayed an entrepreneurial streak as early as grade school. He recalls being hauled into the principal’s office on charges of operating a candy-reselling venture on the playground. The business flings continued with a scheme to resell used computers and after he earned a master’s degree in 2006 in International Business, he started a web development business from India for overseas clients. Later, he also tried to do few export-import and bilateral trade exhibition business but didn’t turn out that great and lost a fortune and met racket of scammers from Agra as Anu Exports and Sandeep Gupta and his father Virendra Kumar Gupta who defamed Shibabrataand his family over the internet by pretending to be a fake female profile by the name of Rupali Mukherji. Shibabrata’s entire family was charged with false allegations over Internet. However, the young entrepreneur didn’t lose his hope and his spirit was always positive against all odds. In 2018, the Honorable High Court of Allahabad issued the ruling declaring the innocence of Shibabrata Bhaumik and condemning the opponent party Sandeep Gupta for defaming false allegation against Bhaumik.

In 2012, Shibabrata read the manifesto by a European Union Bank that proposed card payments of Visa, Mastercard & the future Fintech companies will have limitless possibilities and bitcoin as an underground currency. Its transactions are recorded on a ledger called the blockchain, maintained in duplicated computer files by a band of self-appointed guardians called nodes. Disputes about transactions and ground rules are resolved by majority vote. The nodes are kept honest, and troublemakers at bay, by requiring a participant in the network to engage in some arithmetic busywork before certifying a batch of transactions. A node that completes the arithmetic task is awarded a few new coins. 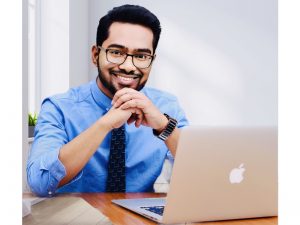 The busywork, called mining, did not interest Shibabrata. But he did see an opportunity in the business of safeguarding the keys to the coins and setting up transactions. Working weekends and late nights, Shibabrata and his Developing Team created a Payment gateway to process high volume transactions and connected the nodes with the acquiring bank and launched the first payment portal in 2014 later sold it to an EU Bank.

Few Venture capitalists from Russia and Germany, showered 5 million USD on Shibabrta’s innovative approach in 2017 and motivated him to create PayQ, a unique high-risk merchant account company, which uses crypto currencies and block chains to build transaction, networks for corporations.

Crypto has been condemned as rat poison by Warren Buffett, as a fraud by Jamie Dimon and the mother of all scams by doomsday economist Nouriel Roubini.

Where’s the payoff to the economy?

It’s coming, Bhaumik says. He posits a future in which thousands of startups use crypto to raise capital in a global marketplace no longer controlled by Wall Street firms. Within a decade, he predicts, the number of people participating in the block chain economy will explode from 50 million to 1 billion. We are destined to enjoy a financial system that is “more global, more fair, more free and more efficient”. Shibabrata Bhaumik complaint about the burden of a huge amount of NPAs (non-performing assets) or bad loans which the banks cannot able to recover.“The slowdown could cause the gross NPA ratio of local lenders to increase. The liquidity position and lower cost of funds augur for a pickup in credit and economic growth”, says Shibabrata Bhaumik. Fraud & Scams happened in the recent past in Yes Bank, PNB and Axis stimulates index to be slipped 1.5 points in the last three months. The index is based on four sub indices – cost of funds index, funding liquidity index, external financial linkages index and economic activity index.

In the year 2018, Bhaumik wanted to explore unequivocal distinctive dimension, way apart from his expertise of financial knowledge. He founded HotelnStudio.com, a peer-to-peer (P2P) accommodation portal which aims to standardizing the service apartments into full functional hotels in the non-branded hospitality sector.

HotelnStudio (HnS) manages to solve the issue of affordability, cleanliness as well as availability of budget hotels across all Tier-I and Tier-II cities in the country, especially Post Covid. Even if Bhaumik knew the technicalities of business, still it wasn’t a walk in the park. In fact, in the era of start-ups, he had to face several difficulties in trying to make his unconventional idea work.

Shibabrata gained enough success by understanding business needs and building something that people want. It’s not always easy to get a start up funded. But nowadays you don’t have to travel to Silicon Valley and have lunch with venture capitalists to get money.

When asked Shibabrata about his maiden over, he was afraid but yet modest to admit that he was not sure if HnS would ever work. Also he admitted that his concept of HnS was actually a true copy of the business model of Airbnb, mixed with homestay!

Shibabrata has been a wayfarer himself and travelled across the world before launching HnS. He had discovered that the problem with budget hotels was bigger than just availability, so, to counter other issues, he launched HnS.

RoomPe’s New Boys Hostel near Vaishodevi is a delight for Students of NIRMA, ADANI, AIT, SAL

Ministry of Tourism and Incredible India wishes the world a vibrant Diwali!