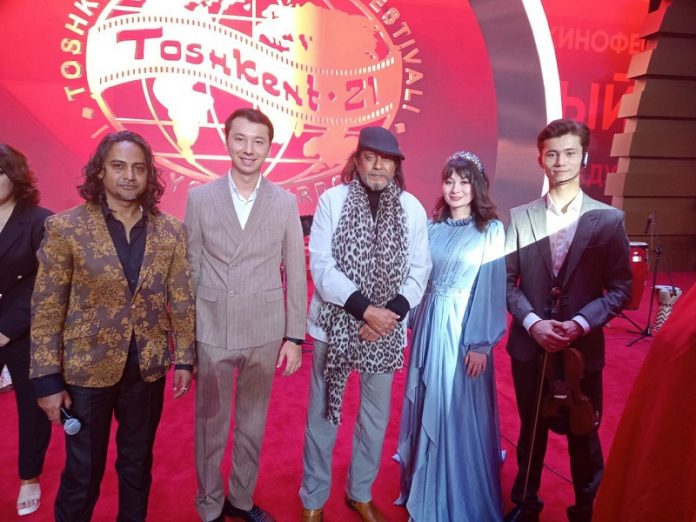 (NewswireOnline): Recently concluded Tashkent International Film Festival witnessed participation from 15 countries including India, Italy, Russia, Egypt, Azerbaijan, Belarus, Israel, Iran, Kazakhstan, Kyrgyzstan, Poland, Tajikistan, and Turkey, among others. The theme of this edition of the festival was ‘For Peace, Enlightenment, and Progress’. The festival has a great history where once upon a time Raj Kapoor used to be the show-stealer. India presented its culture and cinematography – “Days of Indian Cinema” on September 28-29. 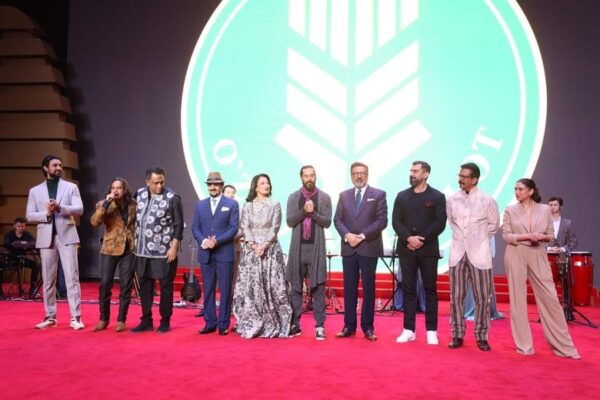 Tashkent International Film Festival “Pearl of the Silk Road“ appointed Sarfaraz Alam as Head of The Indian Delegation. India and Indian stars are very popular in this region especially Mithun Chakraborty and Shahrukh Khan. The organisers had requested Mr. Sarfaraz Alam and his company Kartina Entertainment for bringing stars from Bollywood to create magic and glamour on the red carpet. On 28th September 2021 at the beautiful ‘Panorama’ hall in Tashkent Sarfaraz Alam walked the red carpet with celebrities like Mithun Chakraborty, Randhir Kapoor, Gulshan Grover, Boman Irani, Huma Qureshi, Richa Chaddha, Aditi Rao Haidri, Dino Morea, Kunal Kapoor, and many more. With this star-studded Bollywood delegation,  the show became totally Indian. Mithun Chakraborty stole the show and still has the biggest fan following in this region. The Uzbeki fans were thankful to Sarfaraz Alam for bringing Mithun Chakraborty back to the country where he is a living legend. 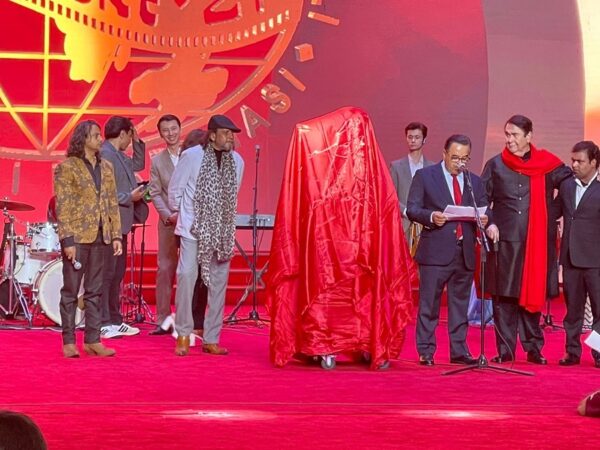 On 29th September at the same venue Kartina Entertainment organised an Indian event with the participation of all the Indian delegation under the leadership of Sarfaraz where the Indian Ambassador to Uzbekistan Mr. Manish Prabhat was also present. The most emotional part of the event was when Mr. Sarfaraz Alam presented a beautiful bust of Raj Kapoor to the Government of Uzbekistan and the statue was revealed by Mr. Randhir Kapoor and Mr. Mithun Chakraborty along with the minister of Uzbekistan Kino Mr. Firdaus Fridunovitch. Song from “Mera Naam Joker .. Jeena Yahan Marna Yahan “ in the background and the bust revealing was really a tear-shedding moment for the audience. Then the highlight of the event was when the audience started shouting Jimmy Jimmy and Sarfaraz Alam pulled Mithun Chakraborty on the stage to show some of his signature steps.

Sarfaraz Alam said “This festival gives a unique opportunity for the Indian film industry to leave its mark on an international platform. This is an endeavour to deepen the historic connections between India and Uzbekistan and take the close cultural similarities of architecture, dance, music, art, trade, and cinema to new heights.”

Several Indian movies including films like Mumbai Saga directed by Sanjay Gupta and Ludo by Anurag Basu were screened at the Film festival. Overall the Tashkent International film festival was a great show, great hospitality and with lots of gifts and souvenirs our stars came back to India.