Home Art & Entertainment “I Am I.C.O.N” the most anticipated album of Deep Jandu is now... 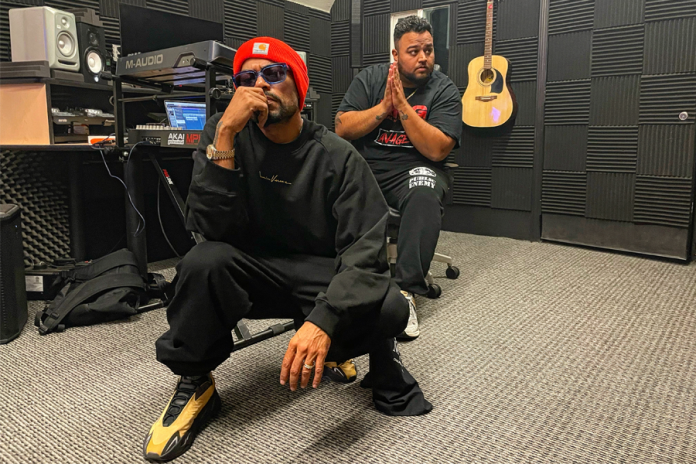 (NewswireOnline):- One of the most anticipated albums is set to release on April 20th, 2022, called I.C.O.N featuring Bohemia and music by Deep Jandu.

This duo has been behind the success of many hit singles such as Good Life and Pagol, and it’s no surprise the multi-talented Deep Jandu is going to be behind the keys of this blockbuster album.

In 2018, Deep Jandu made a surprise appearance in New York City, when Bohemia called him onto the stage and introduced him as “The Dr. Dre Of the Punjabi Hip Hop Scene”. The duo stole the show, and to us, that was a sign of more music had to be brewing in the future.

Most notable, Deep Jandu is recognized for building a platform for the industry in Canada and breeding some of the top singers today such as Sidhu Moosewala and Karan Aujla.

Canada was not recognized in the music industry in the early 2000’s, and there was no platform for aspiring musicians and artists to stand foot on.  So, what did Deep Jandu do, he started to build a platform.

With a passion for production and a lack of vocalists, the multi-talented Deep Jandu began vocal training and began to produce his own tracks. Today Deep Jandu is an award-winning music producer, vocalist, and co-founder of Royal Music Gang, the largest South Asian record label from North America.

We’re all super excited and anticipating the release of I.C.O.N. With the legendary Bohemia teaming up with Deep Jandu, executive producer J.Hind – make sure to catch the release on Geet MP3 on April 20th, 2022.

For the first time, Singing Cosplayer Hikari will perform at JAPAN EXPO in France this July!