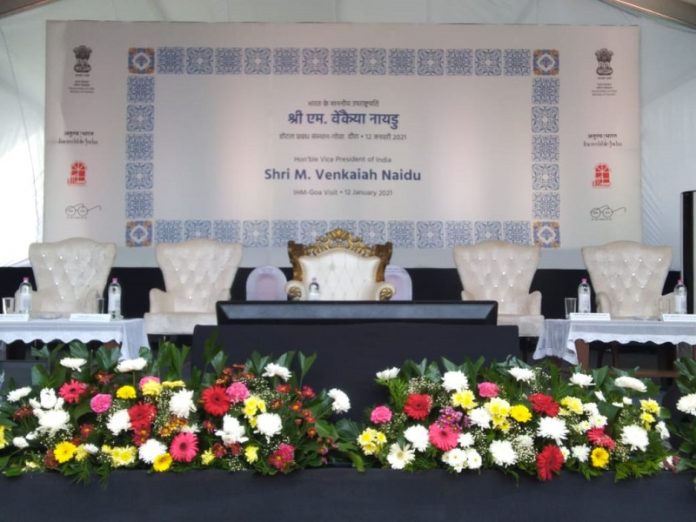 Hon’ble Vice President Shri. Venkiah Naidu visited various training labs and classrooms of the sprawling campus. His Excellency witnessed the unique cuisine and culture of Goa and Jharkhand under the Ek Bharat Shrestha Bharat initiative. A floral tribute was paid by Hon’ble Vice President to a portrait of Swami Vivekanand.

Hon’ble Vice President in his address extolled the efforts of the IHMs and the Ministry of Tourism in promoting the unique Indian heritage, culture, and cuisine and taking it across the globe, much like Swami Vivekananda’s introduction of Vedanta and Yoga to the western world.

Ek Bharat Shreshta Bharat has also brought the two states of Jharkhand and Goa together, enhancing the bonds between states strengthening the unity and integrity of India.

The IHM-Goa, which recently celebrated its golden jubilee, is the premier Hospitality education and training Institute in the state of Goa and among the leaders in the country. From its humble beginnings in 1968, the Institute now has more than a thousand students on its rolls. Alumni from the Institute are now well placed in the industry, many of them climbing the ranks and are today leaders in the industry.

Hon’ble Vice President called upon the hospitality industry to keep themselves prepared for the upcoming opportunities in the sector.