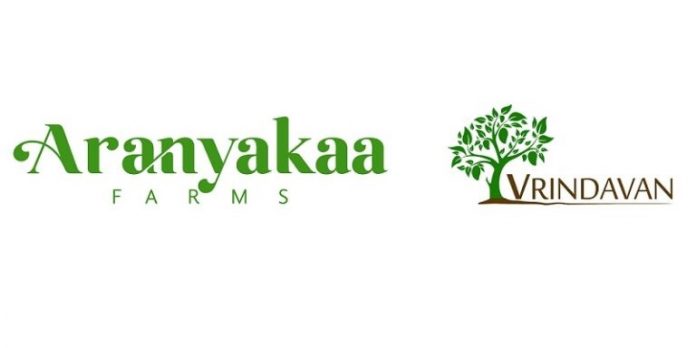 (NewswireOnline):- A new era of farmland development has started with Aranyakaa Farms, a brainchild of Ravi Kant & Pavan Tripathi, two big names of the Indian Real Estate industry. The brand is a culmination of lifestyle & managed farming, giving people an escape from their daily rushed life with long-term returns.

Aranyakaa Farms launched their first project Vrindavan – The Abode of Heritage near Sandanapalli, Krishnagiri – a location just more than an hour away from Banglore with the idea of filling a gap in the farmland industry and adding nature to people’s urban lifestyle. The concept was to bring state-of-the-art amenities along with long-term return plantations on a farmland project to woo the IT & commercial crowd of Bangalore with a peaceful yet energising weekend getaway.

With connectivity, retreat rooms, community kitchen, indoor badminton court, it also offers a great option to work from home/farm for such people and those irritated with their kids’ gadgets fascination. It is a great place to show and interest them in the childhood they had themselves.

Vrindavan hit the farmland market with this clear concept to fill the gap and achieved massive success as the first phase of the project was sold out within the first 36 hours of the launch. This was achieved by managing a two-day launch event with wine, cheese & live music as the enthusiastic sales team showed the clients around the whole project and concluded with smiles, laughter, and joy.

This result was a testimony to the experience that Ravi Kant & Pavan Tripathi have and of the idea that they had to find a way of not only giving returns but also a delightful experience with their first project as developers. Notably, Ravi & Pavan have been in the industry for almost a decade and this project was much awaited from the people in this industry and indeed, it was worth the wait.

Elegance Enterprises, the brand run by Ravi & Pavan is known for being record breakers of the industry and with this new venture, they have kept this identity intact as Aranyakaa Farms has shot themselves among the stars of the farmland market of Bangalore. It has also been told that another big announcement is incoming from the brand and with the infrastructure and success of Vrindavan, this next announcement will be something to look forward to for everyone.

Aranyakaa’s motto & vision is to add nature to people’s urban lifestyle & to put their landmark on beautiful and accessible locations near metro cities. So, to speculate- the next announcement can also be something similar within the vicinity of Bangalore. To stay updated, you can go to the website of Aranyakaa Farms.