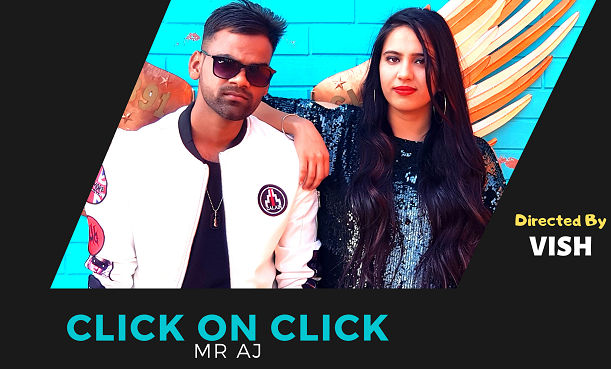 04 January 2020 – Music composer & Singer Mr AJ, has got interesting plans this year for himself and his fans. According to the singer-composer, he has already planned about his upcoming songs and collaborations this year.

After the successful release of the track “Gore Gallan” featured Ayushi Awasthi and Mr AJ, He is coming with his new track “Click On Click” likely to be releasing this January. Song “Click On Click” is written and composed by Mr AJ song , directed by VISH, choreography by Sarvottam Srivastava and Rudra Yadav. The main lead of the song are Mr AJ & Gurpreet Kaur.

Not only in the part of music but also in the business Mr AJ is working as a Chief Executive Officer at Frink India E-Commerce company, he is planning to give same time to the company as to the music.

Some of the songs revealed by the artist which will be releasing in the year 2020 are:-

According to the interview with Mr AJ, he said that” My family supported me a lot in my music and business career and still my family is supporting me a lot to become a person I always want to be.”

Mr AJ also said “Firstly I thought to become a Software Engineer but with the change in the time I got interested in Music and in the year 2016 I have released my first track Love Karda with the label MIC Records. I always tried my best to provide the best music to the people which may also inspire them and entertain them but due to some problems in family I was unable to release more songs after 2017 because the things didn’t get planned as we thought but from the year 2020 I will do my best and release more and more songs for the audience and entertain and inspire them with my music”

Mr AJ’s real name is Ajay Singh, he was born in Lucknow, Uttar Pradesh. Currently, he is pursuing his graduation in Computer Science from Shri Ramswaroop College of Engineering and Management. He has completed his schooling from St.Antony’s Inter College. His father is an Engineer in the Irrigation Department of Uttar Pradesh and his Mother is a housewife.

All News From India