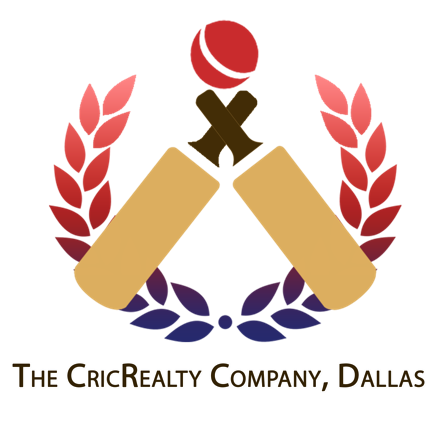 Allen, Texas (Dec. 27, 2018) –The CricRealty Company, Dallas today announced that the town of Allen, TX has been selected as one of 8 proposed sites for professional cricket stadiums. The multi-use facility will serve the growing need of pro-cricket while bringing urbanization and development to the area.

The two phased project has a 35-acre stadium facility that plans to house an International Cricket Council (ICC) certified Cricket ground, Training Facilities & Club house and a 25-acre parcel which will have a multi-use facility of offices, residences, commercial, entertainment centers and hotels.

The CricRealty companyhas also been working with JLL since 2016, to identify and develop cutting edge Cricket infrastructure in the United States. The group is developing similar stadiums in other markets including Atlanta, Chicago, Orlando, Washington DC, New Jersey, New York and California.

The group is looking to position itself as the key player in developing Cricket infrastructure in the United States.

“Our vision is to identify strategic locations to build such complexes and thus provide hi-end, easy access venues across the country to facilitate the game”, said Steven V Maksin, of Moonbeam Capital, a key member of The CricRealty Company.

“My goal is to make America fall in love with cricket,” said Jay Pandya, Chairman of The CricRealty Company. “Cricket is the second most popular sport in the world. There are an estimated 20 million cricket fans in the United States. Plus, the growing Indian-American population in North Texas makes this project a perfect location for professional cricket.”

The launch of a professional league in the United States will require stadiums where games are played and practiced during off season. An existing infrastructure will help the eventual league save infrastructure costs and focus on developing the sport in the US.

“As we began planning this project, we identified an unmet need in North Texas for a stadium designed for global sports such as cricket,” Sam Thakkar, CEO of the Perfect Group of Business, which includes Thakkar Developers. “We connected with The CricRealty Company and learnt about their plans to bring the first professional cricket stadium to Texas.”­­­­­­

“We’re thrilled to enter into this private-public partnership with The CricRealty Company, Dallas and Thakkar Developers to bring this unique project to Allen,” said Allen Mayor Stephen Terrell. “With a new international visitor base, we look forward to a big boost in tourism spending—which benefits businesses and residents alike.”

In addition to professional cricket, the stadium will also be suitable for Rugby, LaCrosse and Soccer. Construction on the site is expected to begin in 2019, with the first phase, including the stadium, expected to be completed in 2021.

Thakkar Developers, is a mixed-use developer that collaborates with best-in-class partners to acquire, finance and develop high-yield, diversified investment-grade assets. With a mission to bring communities – people and businesses – together to achieve a greater good, Thakkar strives for developments that create a sense of place and build community, and projects that leverage public-private partnerships to engender pride of ownership and create a lasting legacy.

About The CricRealty Company

The CricRealty Company, LLC is dedicated to acquiring, building, and strengthening a network of branded participatory and experience-based businesses engaged in sports&training. CricRealty focuses on emphasizing a positive consumer experience and instilling the core values of discipline, teamwork, safety, respect and integrity.

Team Blaze made history to become the first all-girls team chosen to represent India at the F1 in Schools World Finals hosted in Melbourne,...

CouponMonkey Launches One of a Kind Specification Comparison Feature