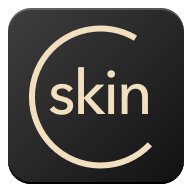 Bengaluru, Karnataka (Press Release) – Overuse, and misuse of steroids can be very harmful to the skin. The side-effects of this include pigmentation, acne, rashes, redness, and irritation. A study in the Indian Journal of Dermatology stated that in India, out of  1000 participants, 612 used steroidal products out of which, 51.9% reported facing side-effects. The importance of addressing this problem is grossly overlooked.

As an initiative to spread awareness about and reduce steroid misuse, the founders of CureSkin, a Dermatology app which detects, diagnoses and provides treatments for Skin and Hair diseases in India, have created CheckMyCream.com. The web app is designed to provide information regarding the presence or absence of topical corticosteroids in our everyday skin products such as soaps, face washes, creams, and gels.

The web app was developed to support the efforts taken by doctors to bring awareness about steroid products to the public. Dr. Charu Sharma, Head of Dermatology at CureSkin, says, “People’s obsession with fair and clear skin, which ends up with them using creams with more side-effects than benefits was the inspiration behind this campaign.”

From professional experience, the founders realized it was time to take action to prevent this misuse. Guna Kakulapati, the CEO and Co-founder of CureSkin, says, “We interact with a lot of patients at CureSkin. And one common theme that we regularly encounter is women who need to be treated for conditions rising from steroid-cream misuse.”

Steroid cream misuse, which happens due to a lack of awareness in the part of the public, leads to a number of unwanted skin problems. Physicians and Dermatologists have reportedly noticed an increase in fungal infections among people. In order to regulate the situation, the Health Ministry of India has banned the sale of around 14 fairness creams all over the country, as well as over-the-counter sales of steroid-filled ointments and creams without a prescription.

Using products that contain steroids might show effective results in the beginning but are very harmful to the skin in the long-run. Ramakrishna R, Co-founder of CureSkin, says, “Dermatologists in India has been pushing the government to regulate these products. As a responsible skin-care company, we have provided an easy and tech-enabled solution for people to check their creams for steroids.”

He further went on to explain, “Our goal is to accelerate the awareness efforts taken by these doctors to spread steroid awareness and help people be safe.” Having taken their step forward, they are now pushing others to be more informed about their products and eliminate the risk of developing further problems in the future.

The CheckMyCream web app is rather easy to use. Either a photo of the product can be uploaded, or the name can simply be typed in. The web app contains a database of all the commonly used products and a quick analysis of the name of the product against the database will provide the user with the result within seconds. An awareness step, this web app can help prevent any potential side-effects that can be caused by prolonged use of steroidal products.

CureSkin is an app that helps users detect, diagnose and get treatments for numerous Skin and Hair problems with just a picture. It is powered by Artificial Intelligence to help with enhanced accuracy, clearer diagnosis, and effective treatment plans.

The users are followed-up with by CureSkin’s in-house dermatologists regularly until the end of treatment. It is convenient, user-friendly, and personalized to give everyone the treatment that they need. It can be downloaded from the Google Play Store and can also be accessed via the Web App version.

Changes in Health Insurance That Will Benefit Policy Holders

Vaccination Against Omicron in 2022 – facts versus myths