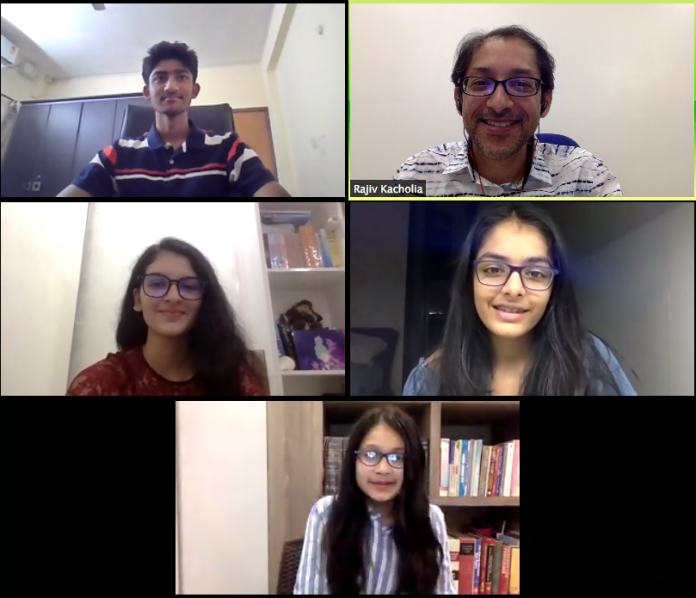 This is the first in a multi-part series, celebrating the achievements of Speech and Debate India’s students on a global stage.

(NewswireOnline): “It was a Fairy Tale Beginning!” To rewind, Speech and Debate India’s Founder, Mr. Rajiv Kacholia described the journey, “As we were completing our first year, I wanted our students to start experiencing the excitement of international debate events. The potential for challenge and development was more imperative than the inevitable losses at a global level against veteran programs. On January 2nd, 2021, the Global Chronicles 2.0 course was launched, with a unique pedagogical approach to train gifted students for international debating formats, in-depth topic analysis, and developing robust affirmative and negative cases.”

The greatest surprise? Mr. Kacholia added, “My goal was for our teams to become globally competitive in 5 years. So, it was a deeply proud moment, after just 5 weekends of coaching, as we all gathered online after each round at the Stanford University Debate Tournament in February to hear that some of our teams were already starting to win international tournament rounds. And now in 3 months, one of our High School teams won 5 of 6 preliminary rounds. We were thrilled! They then powered through Doubles, Octafinals, and Quarterfinals, all the way to Semifinals at the Georgetown University Debate Tournament – that was incredible, an unexpected early milestone!”

Advancing Indian debate. In its first 3 months, Speech and Debate India’s Global Chronicles students have rapidly advanced India on the global debate map. Middle School and High School Global Chronicles teams have been recognized as finalists by reaching elimination rounds at each of its first four tournaments. These have included Stanford University, Harvard University, and the recent Georgetown University Debate Tournaments. 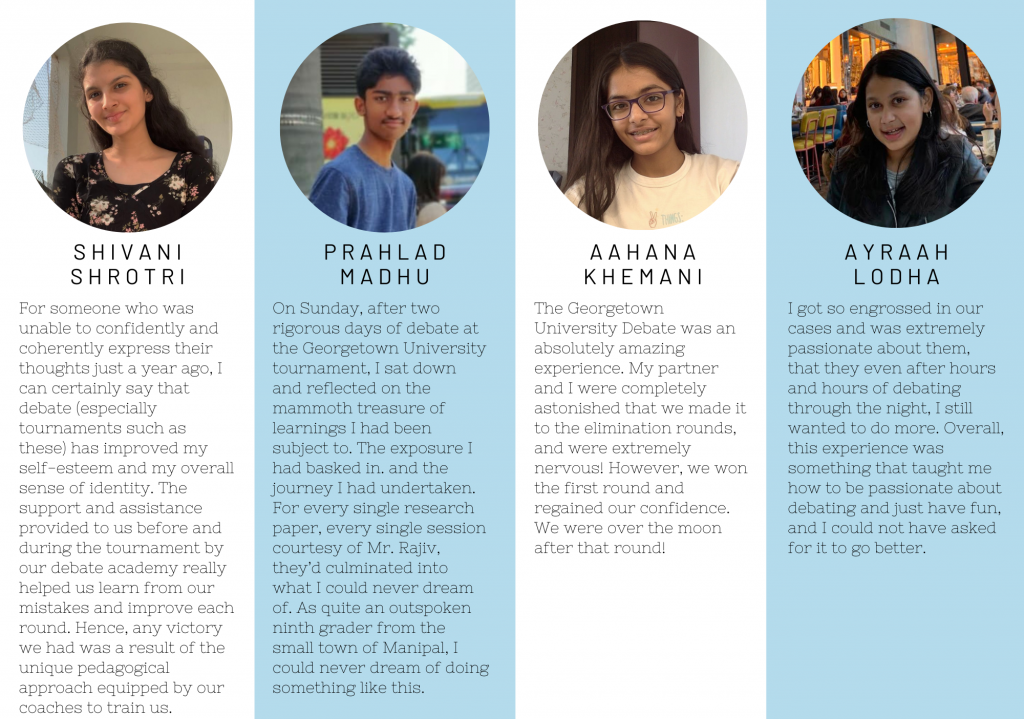 Society for Pharmaceutical Dissolution Sciences (SPDS), in collaboration with AAPS & APTI is proud to announce the second edition of DRPI 2021 – ONLINE”....