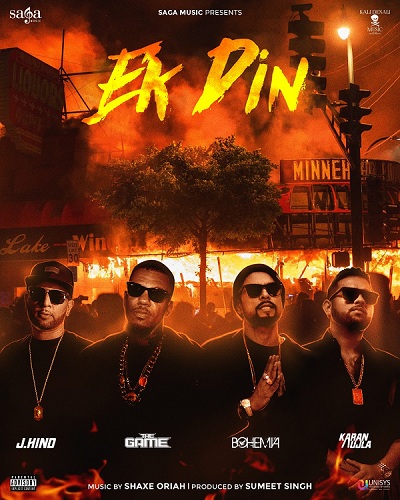 (NewswireOnline):- BOHEMIA the pioneer of India’s exploding “Desi Hip Hop” genre has just released the teaser for his upcoming Saga Music project titled “EK DIN”. Addressing concerns for issues occurring currently in America as well as in India’s Farmlands, the project is a much needed anthem to help uplift us during these revolutionary times. 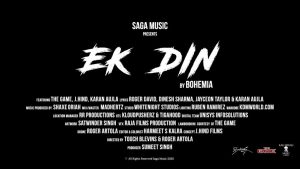 EK DIN features Hollywood Hip Hop legend “The GAME” who started his career under the guidance of none other than Dr. Dre and was one of the original members of G Unit along with 50 Cent. The GAME has millions of diehard fans in India including fans like rapper Raftaar who even has The Game’s name permanently tattooed on his body. Raftaar recently met his idol, however was unsuccessful in convincing The Game to collaborate.

The Shaxe Oriah produced classic also features one of today’s most talented & controversial Punjabi singer/songwriters “geetan di machine” Karan Aujla. After coordinating their first collab titled “Unity” over 2 years ago, Kali Denali’s CEO J.Hind has once again ensured the audience gets another dose of Karan & BOHEMIA together on EK DIN.

Last but not least EK DIN also features a verse from BOHEMIA’s day one partner in crime, J.Hind, who also coordinated the entire collaboration for Saga Music. The California based duo have been building Desi Hip Hop brick by brick since 2001 & it’s clear they don’t have plans to stop anytime soon. With the release set for December 7th, BOHEMIA’s EK DIN is gearing up to be the most powerful collaboration of 2020!

Open Pitch – A vision to connect Indians with small businesses...