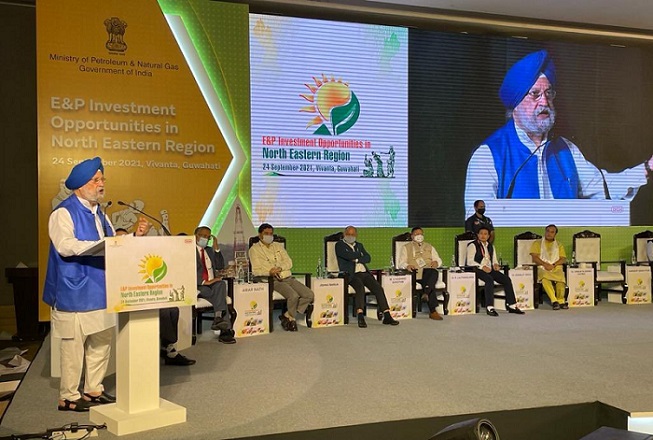 (NewswireOnline):- A short film – The Birthplace of Indian Oil & Gas Industry in the North-Eastern Region was showcased at the NE Oil & Gas E&P Investor Meet to highlight the contribution, and importance of the North-East to India’s energy production.

MoPNG, Govt. of India organized the North East Oil & Gas E&P Investment Meet in Guwahati to showcase Upstream Oil & Gas opportunities in region. The plenary session of the event was chaired by the Hon’ble Minister of Petroleum and Natural Gas, Shri Hardeep Singh Puri. Hon’ble Chief Minister of Assam, Dr. Himanta Biswa Sarma, Minister of State for Petroleum and Natural Gas, Shri Rameswar Teli and Ministers from the states of Arunachal Pradesh, Nagaland, Manipur, Sikkim and Mizoram took part in the event. Secretary and Additional Secretary, MoPNG, major operators in the region, and other stakeholders were part of the event.

At the said event, Social Friendly Consulting (www.socialfriendly.in), a global consulting firm based out of South Asia, released a short film about the Birthplace of the Oil & Gas Industry in the country. Oil was first discovered in the 1800s in the North-Eastern region of India and has since given the country many firsts such as the First Oil Well, Asia’s First Oil Refinery and World’s First Crude Oil Conditioning Plant (COCP) in Digboi, Assam, Asia’s First Cross-Country Pipeline between Guwahati and Barauni, India’s First Public Sector Refinery in Guwahati, many more. All of them are still operational and serving the country since the early 1900s.

The short film took the attention of the attendees towards the importance and contribution of the North-Eastern Region in becoming Atmanirbhar and becoming energy independent by 2047. The Social Friendly Vision 2050 for the Oil and Gas Industry is in alignment with the same.

With 18% of the country’s sedimentary basins and contributing about 10% to the total oil & gas produced in the country, the undiscovered potential in the region is immense. Thus, for a sustainable growth of the country, expedited exploration is of the essence. The objective of the conference was to highlight the portfolio of high-volume Oil & Gas assets in the North-Eastern basins, namely the Upper Assam Shelf and Assam-Arakan Basin.

This was one of biggest E&P sector event of recent time in the region which was exhaustively planned with a comprehensive set of presentations and panel discussions touching a gamut of topics pertaining to E&P sector, and the showcased film set the right context for the deliberations ahead.

Link of the Short Film: https://youtu.be/g_PgspDCzNM