Home Breaking News Big question in the Congress camp: Who will be the successor of... 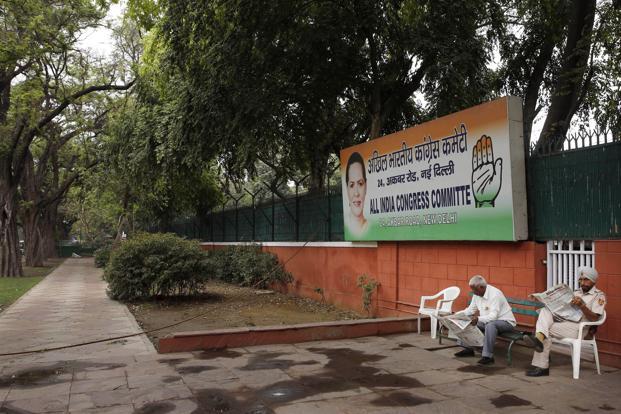 New Delhi: The country’s oldest party Congress is facing many kinds of crisis today to save its existence. The biggest crisis standing in front of the party is leadership. Since the defeat in the Lok Sabha elections, the Congress party has been forced for the post of president. Just a few days ago, Rahul Gandhi said that he will not decide, but his party will decide his successor. Who will be the successor after Rahul Gandhi?

Big leaders are running away from taking the responsibility

Today, every big leader is running away of taking the responsibility of the party, because he knows well that even after becoming a party chief, he will not be able to grow bigger in the organization than Rahul Gandhi and Sonia Gandhi. The party chief will become a leader, but the key to the organization will remain in the hands of the Gandhi family. Even if Rahul is not the president, his strength will be the highest, therefore, he is forced to take responsibility for himself and to say that apart from the Gandhi family, the Congress cannot have any other unity, so Rahul should remain the president.

Sonia Gandhi is also in the state of Confusion

At the same time, Sonia Gandhi, himself the former party chief, is stuck in suspicion that she should support the decision to step down as her son or enjoy party loyalty of the Gandhi family in the party. This is the main reason why the Congress Working Committee is feeling helpless until the name of the party’s acting president is declared until the crisis. 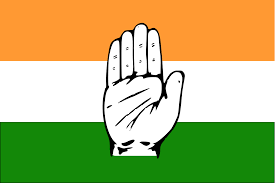 At the same time, Rahul Gandhi does not want to give anybody’s name, because he doesn’t want to let others say that he made his man the president. Now, in the current situation, the eyes of all the political parties in the country are concerned about who will be the president of INC. The main challenge for the party will be to get out of the crisis that party has emerged in it, or it will be very difficult to handle the falling morale of the workers after the defeat in the 2019 Lok Sabha elections.

Congress does not have any shortage of leaders

Congress has no shortage of powerful leaders even today. Veteran faces like Ghulam Nabi Azad, P. Chidambaram, Ahmed Patel, Anand Sharma, Prithviraj Chauhan, Mukul Wasnik, Kapil Sibal, Digvijay Singh, Jyotiraditya Scindia, Milind Deora, Jitin Prasad, Shashi Tharoor, Manish Tewari, Shivkumar, Ajay Makan. Although some of these leaders have been defeated in the recent Lok Sabha elections, they have a long-standing experience of staying in party posts. Apart from this, the Congress has 5 big faces in the form of Chief Minister, including Kamal Nath, Capt. Amarinder Singh, Ashok Gehlot, Bhupesh Baghel and V. Narayan Sami. Apart from this, the Congress has former Prime Minister Dr Manmohan Singh, A.K Antony. Many veteran leaders like, Veerappa Moily, Mallikarjuna Kharge, Sushil Kumar Shinde, Meera Kumar, Ambika Soni, Mohsina Kidwai, Sheila Dixit are present, who can give advice on the basis of their experience. Congress sources said that as long as there is no cloud cover on the leadership, the names of Ashok Gehlot, A.K Antony and Mukul Wasnik are being considered.

By Ranjana Chaudhary’s appointment, Rahul again came at the attention of Critics

By making Adhir Ranjan Chaudhary from West Bengal, as leader of the opposition in the Lok Sabha, the party has been tried to recover from the crisis. But after this party’s decision, Rahul Gandhi once again the target of critics. Opponents say that Rahul is now seen to be avoiding taking any responsibility. The leader of the Lok Sabha opposition party has a big role and the Government has to debate on many issues. Leaders of opposition, parties and party MPs have to coordinate together. In such a situation, Rahul should not have to run away from the field to face the Modi government in Parliament.

What does the Constitution of Congress say?

According to the Congress Constitution, the resignation of the party president should be discussed in the meeting of the party’s working committee soon. Unless the appointment of a new president is made, the senior member of the All India Congress Committee should take the charge. After this, the party has the right to conduct an internal election by dissolving all the committees.

Other Parties doesn’t have any issue of leaders

The ruling party BJP has doesn’t have any kind of issues with their leaders. BJP’s has many leaders but they only have two most powerful Leaders Shri Narendra Modi and Amit Shah Thereby winning the BJP 2019 election. Amit Shah still remained the BJP’s president even after becoming the Home Minister of India. And he has the responsibility of party as well as of Home ministry which shows his determination towards the country that’s why he won hearts of the peoples and won with large no of votes in 2019 Lok Sabha elections.