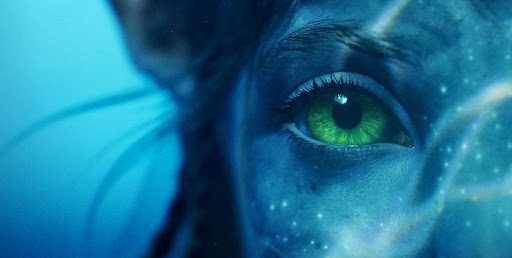 It’s been over a decade since the release of the first Avatar movie, and fans are finally getting what they’ve been waiting for—Avatar 2 is set to be released in December 2022. While there’s still some time to wait, that doesn’t mean you can’t start getting ready to watch Avatar 2 online as soon as it’s released. In this blog post, we’ll show you how to do just that—without getting scammed.

Let’s start with a bit of background of the original Avatar movie.

Did you know the fact that Avatar is the top-grossing film ever made? Well, It’s no wonder, with its stunning visuals and epic story. If you’re like me, you’ve seen it a million times in the Theater and on DVD. But now’s your chance for those who haven’t seen it or want to watch it again! This movie is a must-see, with its spectacular graphics and exciting storyline.

Avatar is a 2009 American Sci-Fi movie produced, directed, and written by James Cameron. The movie shows the mid-22nd century when humans try to colonize Pandora, a lush habitable moon of a gas giant in the Alpha Centauri star system. Their mission is to mine the valuable mineral unobtanium.

As humans try to expand the mining colony, it threatens the local tribe of Na’vi – a humanoid species indigenous to Pandora.

The film’s title refers to a Na’vi body which is genetically engineered to be operated from the brain of a human remotely. The goals was to interact with the natives of Pandora.

Avatar was first released back on December 18, 2009. The producers did their best back then and were prepared for the giant screen as the film was in 3D. It came as a surprise to many of us now that they repurposed it in 4K High Dynamic Range.

Now the movie is looking better than ever & is set to be re-released on September 23, 2022.

Avatar – written and directed by James Cameron, returns to theaters on September 23 in 4K High Dynamic Range. Disney+ confirmed that the film would be available online shortly after the theatrical release. The good news is the film will still be available to rent on Amazon Prime Video & Apple TV.

It’s been a long wait for Avatar fans, but the sequel is finally in the works! Director James Cameron has been tight-lipped about the plot, but we can expect big things from Pandora. Avatar 2 is sure to be a hit with new characters and a new world to explore!

When Avatar 2 comes to Theater

The Avatar 2 is coming out this December 16, 2022, and we’re all excited. Whether you’re a fan of the first one or not, the hype around the sequel is real.

The film will primarily feature scenes shot underwater, which were actually recorded by the cast performing live underwater.

Also, Avatar 2 would have many major technological improvements since the original “Avatar.”

Disclaimer: Vin Diesel and CJ Jones have been cast in undisclosed roles.

How to stream Avatar 2

It’s been ten years since we last visited Pandora, and we’re finally getting a sequel to one of the most popular movies of all time. “Avatar 2” is finally coming out, and if you’re like most people, you’ll want to know How To Watch Avatar 2 Online as soon as possible. Here’s how you can watch Avatar 2 online for free.

If you’re an Amazon Prime member, you’re in luck—you can watch Avatar 2 online for free on Amazon Prime Video. All you need to do is sign up for a free trial, and you’ll have access to all of Amazon’s Prime Video content, including Avatar 2. Make sure you cancel your subscription before the trial period ends, or you’ll be charged for the full membership.

Another option for watching Avatar 2 online for free is Vudu. Vudu is a streaming service that offers a selection of movies and TV shows to watch for free with ads. While it doesn’t have every movie or TV show available, it does have a pretty good selection—including Avatar 2. All you need to do is create a free account, and you can start watching.

Yahoo View is yet another option for watching Avatar 2 online for free. Yahoo View is similar to Vudu in that it offers a selection of movies and TV shows to watch for free with ads. However, unlike Vudu, Yahoo View is only available in the US. So if you’re not in the US, you won’t be able to use this option unless you use VPN.

These are just a few ways to watch Avatar 2 online for free (without getting scammed). So sit back, relax, and get ready to enjoy one of the most anticipated sequels of all time.