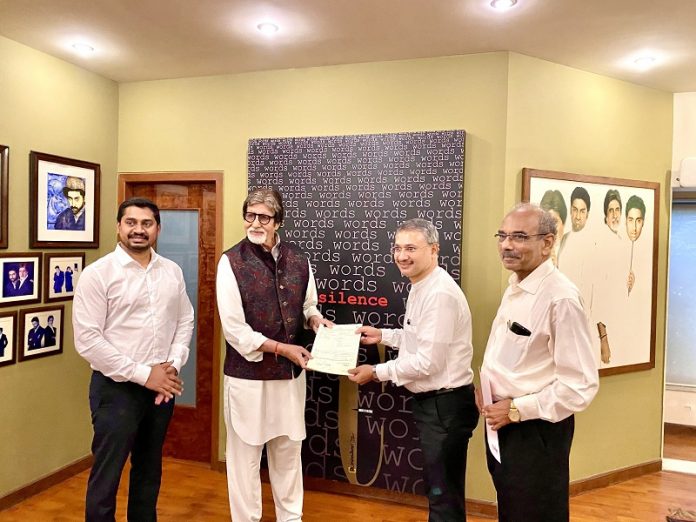 (NewswireOnline): Amitabh Bachchan endorses VKC footwear brands. This association has also brought about a first in the history of Brand endorsements in India. This is for the first time that the legend of Indian cinema has endorsed a footwear brand in his long career spanning over half a century.

VKC has earned its so briquet as India’s hardworking footwear brand through its long-lasting products and honest pricing policies for the last 37 years. 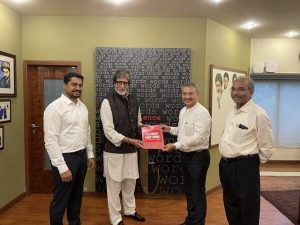 The lead brand of VKC, VKC Pride became the most sought-after brand for its hardworking spirit and the most celebrated footwear product for its value for money in the footwear industry.

In August 2021, VKC Pride had launched a new collection named EEZY by introducing a new technology in PU footwear manufacturing in India. The VKC Pride EEZY collection has the rare distinction of being India’s First SuperSoft PU Footwear. 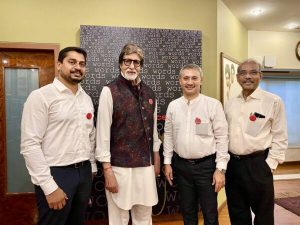 Amitabh Bachchan on his association with VKC stated: “I am proud to associate with VKC and inspire the people of India to ‘Celebrate Hard Work’to take India on top of the world through our collective spirit of Hard Work. And I am happy that with VKC, I am endorsing a footwear brand for the first time in my career”.

“VKC Group is honoured to associate with Sri. Amitabh Bachchan, the legend of Indian Cinema. I am sure Sri. Amitabh Bachchan would not only be a Brand Ambassador to the VKC Group but also inspire the footwear industry as a whole in India to come up with the best products, new fashions, and innovations to compete with China, the global footwear manufacturing leader” said VKC Razak, Managing Director, VKC Group.

“When we were formulating the strategy for VKC Pride, the two true characteristics of the product -Long Lasting and Honest Pricing helped us focus on ‘Hard Work and its Celebration’ to define the brand connect with its simple and straight-thinking mass audience. And with this brand voice of Hard Work, we didn’t have any other celebrity in mind other than Mr. Bachchan from the strategy phase itself before it was rolled into Brand Communication”, said Manoj Matthai, Founder, Strategist & Chief Creative Officer, Breakthrough Brand & Business Consulting.