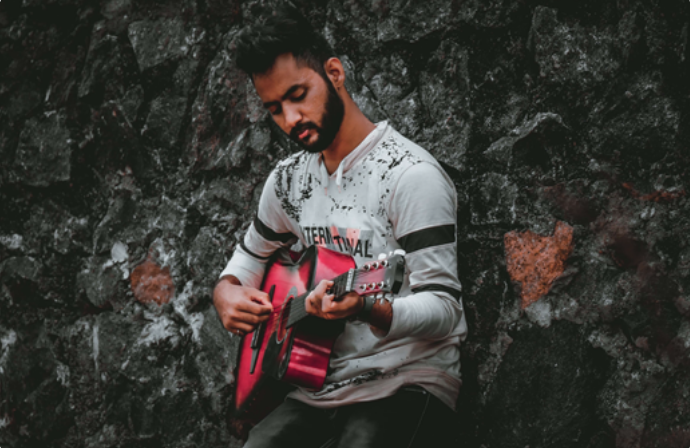 (NewswireOnline): Akhil Kumar AK is an Indian Musical Artist, Lyricist, and Singer born on 25th February 1997 in Hyderabad. He predominantly scored BGM for many Short Films and produced his albums. His first album was Maatrangal – A Change of Life album released in (2020). And he scored BGM in Ranam Short Film as a debut in Tamil.

Akhil Kumar is the son of Santhanam and Sujatha. He also has an elder brother Arun Kumar. AK is born in Hyderabad, studied in Coimbatore and now he lives in Chennai. He has done his 10th and 12th in M.Nanjappa Chettiar Matric Higher Secondary School, Coimbatore, and graduated as B.E CSE in Kathir College of Engineering, Coimbatore and now he is working as a UI UX Designer in Softura, Olympia Tech Park, Chennai.

He started his career in 2015 as a Sharpener guitarist. He get inspired by A.R. Rahman and G.V. Prakash, he learns the music without any knowledge and any support. And he finally gets the idea to remake the other language’s songs in Tamil. He fails in music but wins as a lyricist. Then he decides to compose his album and he releases his college Valentine’s Day album in his college for dedication to some girl in that college. He gets a little bit of appreciation as both musician and lyricist, then after he has done some small sad love songs to get more knowledge of the sounds. After all that he comes back with the big album Maatrangal – A Change of Life on 2020 Friendship Day, there is a big response for that song and also he deserved it as a musician and lyricist. He scored BGM for “Ranam” short film as a debut, and he scored for some Tamil thriller short films and Advertisements. After a few days ago, he gets a new idea to compose BGM soundtracks on a most favorite topic of our Secret of Happiness in 2020 but he wins this time to convey our emotions through his music. He gets some interesting ideas to convey his emotions and he again comes with one romantic album in 2021 Valentine’s Day Kan Imaiyin Orathilae. He deserved as a predominant lyricist through this album. He is trying to do something special with his music.

As a Composer & Lyricist:

As a Director & BGM Scorer: