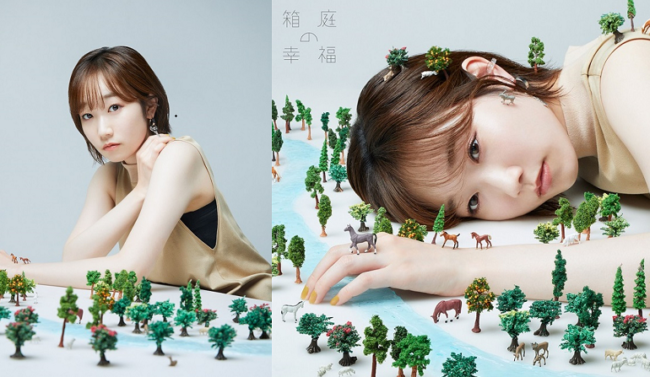 (NewswireOnline):- Popular anime voice actress from Japan, Azusa Tadokoro, has released her first digital single, ‘Hakoniwa no Kofuku’. Her photos as an artist, the album cover and music video has been recently released too. This latest image using diorama, where she wore a sensational red costume, is showing the world of the song with a totally different approach than what she has done before in any other of her music videos. The song lyrics has been written by Kosuke Oki and the song and arrangement are done by Kanda John. The pair have worked together already for her 4th album ‘Waver’. The song has also been featured as the ED theme for the TV anime adaptation of isekai fantasy light novel In the Land of Leadale.

Anime “In the Land of Leadale” Synopsis:

Due to a terrible accident, Keina Kagami is forced to live on life support in order to survive. The only way for her to be free is within the VRMMORPG “Leadale.” One day, her life support stops functioning, and Keina loses her life. But when she wakes up, she finds herself in the world of Leadale 200 years in the future. She is now the half-elf Cayna, who possesses lost skills and OP statuses and becomes closer to the other inhabitants of this world.

But among those inhabitants happen to be the”children”she made in character creation?! A very chill adventure filled with laughter and tears(?) about a girl who transferred into a game world and her very unique friends is about to begin!

The original story: Ceez
(“In the Land of Leadale”／published by KADOKAWA）

About Azusa Tadokoro
Azusa was a winner in the 36th Horipro Talent Scout Caravan in the category, “Next Generation Voice Actress Artist Auditions”. She has worked as a voice actress for popular anime and games, and she has released 4 albums and 11 singles as a singer and she has been actively performing solo live. She self-produced for the first time with the album “Waver” and she did a live performance without fees and audience in April 2021.