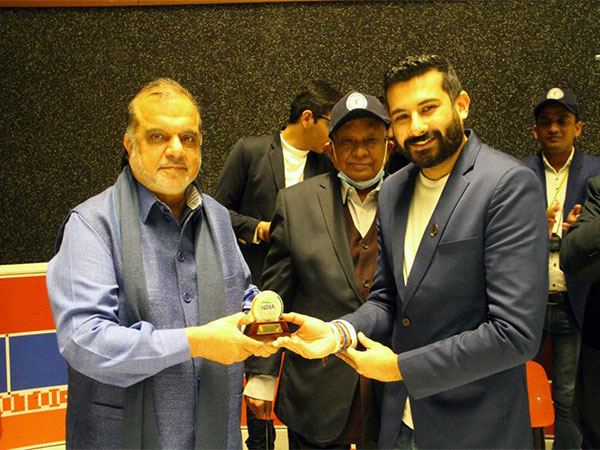 This was the seventeenth edition of the National Figure Skating Championship with about 60 figure skaters participating from all over India. The skaters were from Delhi, Haryana, Telangana, Tamil Nadu, Andhra Pradesh, Gujarat, Uttarakhand, Madhya Pradesh and Kerala – as the leading team of outstanding athletes. The event was graced by the presence of Dr Narinder Dhruv Batra, President, Indian Olympic Association.

The event was held with utmost care and safety measures, in accordance with the Covid protocols.

Speaking at the event, Karan Rai, Business Head, ISKATE by Roseate said “Being India’s only all-weather indoor ice skating rink, ISKATE By Roseate has been at the forefront of developing and promoting winter sports like Figure Skating, Speed Skating and Ice Hockey in India. The sporting events held at ISKATE by Roseate are an extension of its vision to provide talented and aspiring athletes a platform to prepare and compete for national and international events. With these endeavors, we encourage athletes to not only compete at a world class indoor ice skating rink at any time of the year, but also practice all through the year which is a requisite for India to be able to compete in International events.”

He further added “Throughout the year, we give the opportunity to children from all over India by hosting training programs and open championships in our endeavor to make winter games popular in India. By providing world class infrastructure throughout the year, ISKATE by Roseate works closely with the Ice Skating Association of India.”

The competitive event culminated in an award ceremony wherein the first three position holders from each category were awarded with medals and cash prizes.

In the ’13 – 15 years’ category, Aanya Singh from Delhi emerged victorious followed by Siddhi Vinayak from Andhra Pradesh and Gauri Rai from Haryana.

From the boy skaters, Simar Bajaj from Delhi stood first followed by Aditabh Gupta from Delhi and Aayush from Uttarakhand.

Ministry of Tourism under its “Incredible India” brand line participates at the Arabian Travel Market, Dubai -2022 India Pavilion showcases India as a “365...