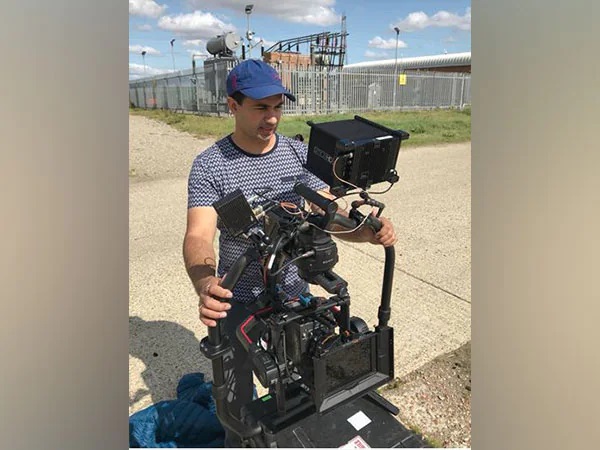 (NewswireOnline):- In the recently announced awards of the London Academy, Entrepreneur-turned-filmmaker Aamir Nawab’s “The Writer” has won the Best UK Short Film honour.

The awards were established in 2015 to celebrate the works of talented artists across the world and also applaud the diversity showcased in films and television. In the past too, remarkable work done by filmmakers in the short film category has been recognized and felicitated by the Academy.

The latest winner of the Best UK Short Film Award, The Winner, is the brainchild of Aamir Nawab, who began his career as a dance assistant with a Mumbai-based choreographer Ajeet Dutta, before shifting to acting and filmmaking. Responding to the award, Aamir says, “Receiving this award has given me confidence to continue working on new ideas. The whole idea behind creating films and art, in the process, is to change people’s lives. If my audience leaves the cinema even with just one lesson, one thought, one positive idea, that would be a huge achievement for me.”

Short films are a relatively new concept in filmmaking, which has seen fast progress in a short period. In the present times where more and more people are hooked on to online platforms showing web content for entertainment, short films are gaining new ground every day.

Aamir, who started as a dance assistant was soon inspired enough to head towards the renowned acting school run by acclaimed international star Anupam Kher, Actor Prepares. He has also studied at MAAC and BNA to add to his skills like animation. However, he met his epiphany as a filmmaker when he went to the International Film & Television School, Paris (EICAR) to master his craft further. He was drawn to the short film genre because “most important messages can be shown to an audience in a short space of time.”

Aamir takes inspiration from legendary filmmakers such as Akira Kurosawa, Francis Ford Coppola and Roman Polanski. For him, the power of international cinema is unlimited and he believes that society can benefit from current events and burning issues being highlighted through this medium.

Currently based in London, Aamir has also worked as a Digital Marketing Manager besides doing promotional videos and photographs for travel ventures like Booking.com and Expedia. The London Academy award is, in a way, a significant milestone in his journey from Lucknow to London.

However, he isn’t one to rest on past laurels. Along with realising his dream of film-making.

Aamir Nawab also believes in being versatile in his professional career and holds several companies including his Top Class Car trading company named “Auto Connection Ltd”. He is the director of this company, which he launched in 2019, around the time when COVID-19 started. The company rents out vans for delivery purposes.

After proving himself to the world fraternity, Aamir now wants to return to his roots in India and do a film here.

Ministry of Tourism under its “Incredible India” brand line participates at the Arabian Travel Market, Dubai -2022 India Pavilion showcases India as a “365...