Home Human Resource Working on the Consciousness with Senior Citizens 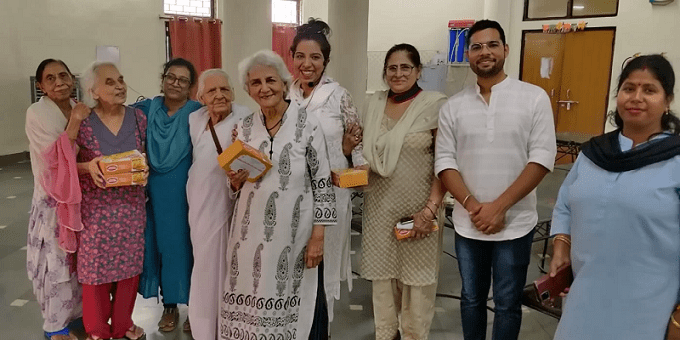 A Human Being is made of mind, body, and soul. The soul is a part of the all-pervading consciousness. In spiritual terms, we can say that we all are drops of the same ocean.

While science has worked on mind and body for many decades, they’re just getting started with the study of consciousness. Consciousness or Chetna is a vital aspect in the process of evolution. A human being whose consciousness is expanded not only has access to the greater wisdom of this life than the vast majority of the population but also can find out solutions to problems that have not been found out yet. A person with expanded consciousness can lead to much greater changes in this world than anybody who has not worked on his consciousness yet.

Kashish Gambhir says in her interview, “Awakening the consciousness in the old will go a very long way for this country. While in the short term, it will help senior citizens gain peace of mind and greater wisdom w.r.t life, it will also help them understand not to get involved in the everyday politics at the old age home”.

In many of these Old Age Homes, senior citizens have been left behind by their sons and daughters who are living abroad and there is nobody to take care of them. While there are others that have been left by their children who want to live their personal lives without the interference of parents.

After spending time with at least 200 senior citizens, Kashish Gambhir analyzed that there was politics in many of these Old Age Homes. “At their age, they definitely do not want politics. But the lack of resources at many Old Age Homes and the presence of so many senior citizens coming from different backgrounds and then living together results in politics. All they wanted was love from their children. It makes me very sad when children leave their parents at the time when they need them the most”, she added.

Kashish G advises, “The benefits of awakening the consciousness are much greater than a human being can imagine. When the consciousness is expanded people change drastically. A person who would otherwise accept an unclean environment around him will start keeping things cleaner. The awakening brings in the present moment awareness more than ever. It makes a person more conscious about different aspects of life and has the power to enrich life like never before.”

While Kashish mentions that she is in the initial phase of her work with senior citizens, the feedback from the Senior Citizens has been amazing. She is getting more demand for her work and is planning on her ways to expand.

Kashish Gambhir also has plans to carry out Model projects for her work with Senior Citizens. She expressed that she wants to set up a Model City Area that could then be replicated in the entire country. Her goal is to motivate youngsters to love & to keep their parents along with them rather than sending them to old age homes. She says that she has developed a model that will be a win-win for all participating partners. She added that she is looking for partners to start this work at a greater scale.

When asked what she gets out of helping the senior citizens, Kashish says, “We should help our parents simply out of love, for what they did for us when we were children. As a spiritual guide, I can tell you that blessings have the power to change the course of our destiny. What goes around always comes around, sooner or later. Then why not take as many blessings as I can?”, she laughed.

Kashish also writes on her website karmicbuzz.com and has a spiritual podcast called ‘Karma is Supreme’ on all major platforms.