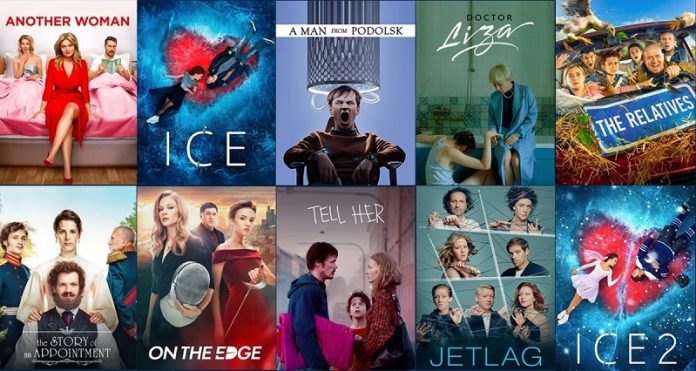 (NewswireOnline): The Russian Film Festival is bringing the best of Russian cinema to India in an exciting collaboration with Disney+ Hotstar. The Film Festival is going on from October 16 to November 27, a selection of celebrated comedies, musicals, and dramas are streaming for Indian movie buffs. Filmmaker Imtiaz Ali is the ambassador for the Russian Film Festival in India and Line Producer Sarfaraz Alam of Kartina Entertainments is the Festival Director. The festival is getting a massive response from the Indian Audience, especially during the Diwali Holiday season.

Here’s a list of all the films screening as part of the festival:

In this sweeping musical romance, Nadya (Aglaya Tarasova) gives up her dream of becoming a champion figure skater after she is hospitalised with an injury. She then meets Sasha (Aleksandr Petrov Sasha), a hockey player, who teaches her to believe in herself and her dream, all over again.

This sequel to 2018 Ice,, follows Nadya and Sasha as they get married and struggle with fulfilling their dream of having a child. Both films are among the highest-grossing Russian films of all time.

The film is a sports drama about a rivalry between Russia’s best saber fencers. One of them has long been in the limelight, the other has only recently made it into the national team, winning almost every tournament since. The two athletes begin to fight for supremacy, both on and off the arena. It is based on the true events of the 2016 Olympics.

The historical film follows the sentencing of a soldier to execution and is based on true events in 19th century Russia – with one of the characters being acclaimed writer Leo Tolstoy.

11-year-old Sasha is pulled between two countries and cultures when his parents divorce and his mother moves to the United States. The film is imbibed with themes of family, divorce and immigration, and was critically acclaimed around the world.

This biographical drama is dedicated to the memory of Elizaveta Glinka. She was one of the most prominent human rights activists and philanthropists in Russia. The film follows a day in her life, when she meets a man at a railway station, pleading for help for the treatment of his daughter.

Man From Podolsk is a dramedy revolving around a man who ends up in the Moscow Police Department. He is prepared to be humiliated by the officials, but they defy his expectations.

Masha is a gynecologist, who is so immersed in her work that she doesn’t realise her husband is having an affair until he tells her he’s leaving her. Masha is proud and competitive, so she does everything she can to get her husband back – going as far as indulging in the supernatural.

A family’s relationship with each other is tested when the father decides to take them on a road trip to fulfil his lifelong dream of performing his song at a music festival.

A fight en route to an airport spurs an ordinary Moscow couple to split on a whim. Nikita ends up in Thailand and Zhenya in Berlin, and both land in separate love triangles, causing chaos in others’ relationships as they try to fix theirs. But even continents apart, their lives turn out to be more intricately connected than they realise.